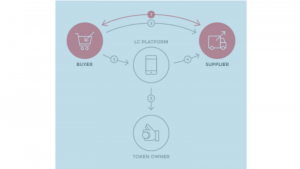 LC LITE hopes to to streamline the US$2.3T letters of credit (LC) market with a blockchain-based platform. It will connect trade parties directly via a digital solution for cross-border trade transactions requiring letters of credit. LC LITE is part of a strategic partnership with Coinsilium Group, a London-listed crypto investment and advisory firm.

Dimitri Kouchnirenko, a co-founder of LC LITE commented: “Letters of Credit are a huge market, perfectly suitable for implementation on distributed ledger technologies. LC LITE’s blockchain typically replaces intermediaries by capturing the unique data of a transaction in an immutable and transparent chain of records. Its smart, self-executing contract features perform transactions automatically upon fulfilment of specified conditions in a digital Letter of Credit between the buyer and the seller. Reducing errors, discrepancies and fraud are major benefits of our blockchain solution. The cryptographic security underlying blockchain technology renders trade transaction records stored on blockchain tamper-proof, reliable and verifiable by all parties at all times.” 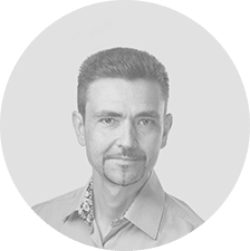 The founders of global invoice finance provider, Incomlend, are launching a platform built on a blockchain to bring the benefits of an immutable and decentralised system to the vast LC market. Approximately 13% of global goods exploits LCs which are a key component of the worldwide trading system. In this, LCs are a financial instrument which guarantees payment from an importer to an exporter upon documentary proof of a shipment’s consignment. This is vital in cross-border trading because it guarantees payment in advance of final delivery.

But the LC process involves many intermediaries, including financial ones – usually banks. These manage the financial execution of the trade on behalf of the importer (buyer) and exporter (seller), who jointly agree the terms set out within a LC. Blockchain technology should:

How LC LITE will work

LC LITE units of exchange will serve as the means of:

The units of exchange circulate only within the LC LITE ecosystem and take advantage of the intrinsic demand for opening and processing of LC contracts. Units of exchange enable an LC contract to become a tradeable asset between investors. By delivering this, LC LITE hopes to reduce or eliminate many of the current challenges within existing LC practices, for example funding, delays, fraud and centralisation. Both data forgery and manipulation are recurrent risks (in the current market), abetted by the need for numerous intermediaries and a lack of information immutability.

It is also a fact that:

In contrast, LC LITE has designed its platform to enable trade parties to transfer, track and validate transactional documents directly between one another. This will replace traditional banking intermediaries as well as Interbank (SWIFT) messaging. Instead, transactions will occur via a secure LC LITE smart contract held on a private chain. This should:

The platform includes a network consensus mechanism that authenticates all transactions and LCs by LC LITE approved validator nodes. LC LITE ensures that the platform incentivises importers, exporters and investors. The solution thereby improves cash flow for both importers and exporters through early payment from the trading mechanism deployed on the platform.

In the LC LITE ecosystem, importers and exporters will directly establish smart contracts digitally replicating the LC instrument. Once a contract digitally seals, an importer submits the title to the trade to investors for the corresponding value. This contract value will then conditionally credit to the exporter with the amount appearing on the exporter’s eWallet. It will release once the pre-agreed trade conditions are met, thereby guaranteeing payment to the exporter.

The title and LC value will also appear on the investor’s eWallet as due for payment by the importer. Once the goods have shipped, exporters have the added benefit of being able to sell their units of value through the LC LITE marketplace to other participants within the ecosystem. If they choose to do this they can obtain early cash on the payment due. (Holders of the contract title will be able to discount it for early cash as well.)

Its experience doing this is what provides the base for LC LITE. The company intends to deploy first in Asia and the Middle East, including Hong Kong, Singapore, China, Japan, South Korea and India.

To go up against traditional LC providers, like the major banks, is ambitious – and there is no shortage of competition from them either to use blockchain technology (q.v. Marco Polo, Batavia, SEB, TradeShift, among others). Nevertheless, for most exporters and importers the prospect of a simpler, faster and cheaper solution will be attractive, with one specific caveat. What is unclear about the LC LITE solution is how much depends on non-fiat currency handling. This (digital currency aspects) alone may add sufficient risk to outweigh the other, and palpable, advantages claimed by LC LITE.