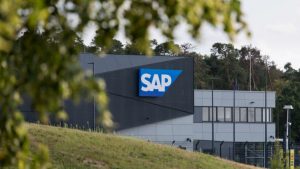 SAP has announced its preliminary fourth quarter and full year 2018 results. The SAP results are impressive. A fact underscored by Bill McDermot who began the analyst call with: “SAP is now the fastest-growing cloud company at scale in the business software industry. The true measure of a company goes beyond financial metrics alone. 93% of our employees are proud to work for SAP, our colleagues volunteer to 0.25 million hours and touched 4 million lives in 2018 alone. While growing the entire size of the company by 10%, we beat our ambition to shrink our carbon footprint by nearly 5%. Among many others, these make me proud to report that SAP is a strong, sustainable, profitable growth company.” (Source Seekingalpha.com)

McDermot was confident in beginning the call in this way on the back of the strong figures SAP then announced. It also demonstrates that SAP is a modern company embracing both the philanthropic and the green initiatives that start ups find easier to embed into their culture than those the size of SAP.

Looking forward to even more growth

SAP also announced that it was targeting up to 39% growth (Non IFRS) for its cloud subscription and support revenue and up to 10% (Non-IFRS) for cloud and software revenue growth in 2019. The company itself will grow even further, it expects to breach the 100,000 employee mark to achieve this.

SAP also updated its targets for future years, increasing its ambition for 2020. IT aims to decrease its reliability on the traditional licence sales moving up to 75% of revenue to cloud subscriptions, cloud support and software support revenue. For the first time is also stated that it is targeting €35 Billion in Total Revenue by 2023

It is the last figure that raised eyebrows, with McDermot looking to triple cloud revenue to help achieve that number. How will it do it?

Challenging in the CRM

One of the key battlegrounds is likely to see Salesforce and SAP going head to head. The $8 billion acquisition of Qualtrics by SAP saw it extend its customer facing portfolio again. SAP Hybris is already a leader in the ecommerce space and is now looking to push C/4HANA strongly into its customer base. McDermot stated : “We are redefining the whole CRM space with C/4HANA. And we’re going after that market and we’re growing it in triple digits.” – (Source Seekingalpha.com)

SAP does not do anything by halves. While Salesforce is looking to widen its portfolio, most recently with the acquisition of Mulesoft, SAP is spending more on market leading software to focus down on the CRM market. Salesforce may have the lead but it should not underestimate the impact that SAP could have.

This is a strong set of results from SAP. Its cloud revenue growth is substantial and it seems to be moving its legacy customers faster to the cloud. That migration of Enterprises is something that Tim Jennings, Research Director at Ovum recently backed by stating that 20% of enterprises, the analysts talks to, are now looking to move to the cloud.

There are still some concerns about the functionality that its products such as S/4HANA has compared to its richer legacy products. However, that gap is narrowing with every release. It also should not forget its mid-market ERP solutions: SAP Business One and SAP Business By Design. It is that mid-market that companies such as IFS, Oracle NetSuite, Sage, Epicor and others are likely to challenge it in. IFS recently announced some impressive results and Oracle NetSuite are consistently mentioned by Mark Hurd in the Oracle results announcement for impressive growth. In contrast, there was no mention by McDermot of the mid-market segment. The question is whether anyone should read anything into that?

Workday solid, but backlog pushed back

Two Main Global Payroll Models — Which is the Right One...