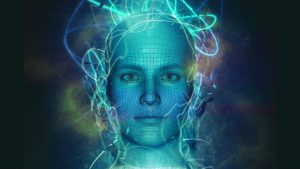 On Stage at the first Oracle Openworld Europe this year Yves Bernaert, Senior Managing Director at Accenture was the first main speaker on stage. Accenture are a Diamond sponsor of the event and work closely with Oracle on a large number of projects.

He outlined the Accenture vision for the Intelligent Enterprise. He first set the scene for what Accenture had seen over the last year as important trends. Bernaert listed four:

Bernaert then spoke about his vision for the intelligent enterprise having five facets.

Bernaert described this as: “Raising AI to benefit business and society”. It is good that companies are adopting AI but he believes that it is critical that AI is used responsibly.

AI is becoming the voice of companies both internally and externally. It is also your next work colleague. What that means is that AI needs to be taught responsibly and completely according to Bernaert. He has four children and often has to repeat himself to them, it is part of the maturing that AI will also need.

AI is also becoming more pervasive. Tieto, an Oracle partner recently added an AI to its management board. This may seem strange and yet the access to data and insights will almost certainly become a key advisor to board members in the future.

Bernaert mentioned that more legislation is likely to follow around the use of AI. He is an advocate of explainable AI. This is something that the EU is championing in regulation including GDPR where systems cannot be a black box but need to explain how they reached decisions regarding personal data.

Bernaert explained this as: “the end of distance”. He cited the example of remote surgery being carried out. It no longer matters if people are not present. The speed of communication means that it is possible to carry out complex tasks from not just next door but miles, if not hundreds of miles away.

He gave practical examples of Walmart who trained staff on how to cope with Black Friday through a virtual reality system. He cited Airbus, who, working with Accenture, developed an augmented reality solution to improve the productivity of fitting seats in aircraft. A third was West Midlands Police force that is using Oracle Cloud technology to dispatch officers to scenes faster according to Bernaert.

The presentation itself was an example of augmented reality with one camera displaying not just Bernaert but 3 dimensional graphics on stage to illustrate his talk. It was a clever though arguably superfluous example of this facet.

A few years ago the buzz word was big data. Today it is about the veracity of the data. Bernaert summarised this as: “The importance of trust. We need to trust the data”. He used the analogy of water, it may look clean but quite often it isn’t. This is increasing in importance across most industries. He referenced The Accenture Life Sciences cloud for R&D. This is a solution that relies on Oracle technology and is helping to speed up and reduce the cost of drug development significantly

While this was less obvious in its title, Bernaert explained it as: “built to partner at scale”. The enterprise can no longer be defined by the four walls of its headquarters. It needs to communicate both up and down its supply chain. The example Bernaert gave was that of a retailer working with Amazon but using Instagram for the customer shopping experience. Sometimes the latest “cutting edge” technology is used to facilitate this communication.

Bernaert talked about the UNHCR program to deliver identity to refugees using blockchain as part of the ID2020 initiative. Accenture is also working with Oracle Blockchain technology to help create a chain of evidence for justice systems. Demonstrating that the frictionless business moniker also has validity within the public sector.

This is not the Internet of Things any longer according to Bernaert but the Internet of Thinking. Today, devices create a distributed intelligence. This is seen in the Virgin Race team whose car automatically adjusts settings based on output from IoT sensors within the car. This is not always about that data flowing back to a control centre but about the components within the car receving information from other sensors and acting immediately upon it. Bloodhound, a project that was recently saved from administration by Ian Warhurst leverages Oracle technology to support the 600 IoT sensors in the car.

Somewhat ironically, Bernaert summarised by saying: “This is all about moving from the mainframe to the edge”.  Is this the end of cloud computing? No. Enterprises still need to make that shift from the on-premises architecture to the cloud. But in doing so they may well be preparing for the next generation when the edge devices are more prolific, self aware and possess a degree of intelligence.

For Bernaert these are the five things that will help companies develop. He was firm in his instruction to the audience by adding: “We have to transfer the core. We have to move it to the cloud. It is better to have one system across your whole company otherwise you cannot scale”. This would have been music to the ears of Oracle as they offer the complete stack. It goes against the modern thinking of hybrid and connected clouds offering versatility and the selection of best in class.

He does have a point though. Large enterprises need to consider what they want. If they get the distributed and interconnected systems, is it actually fit for the purpose over time? Will it introduce additional complexity and cost? That question is not always easy to answer. Bernaert’s saved his key question to last: “What is going to be the value of moving my core to the cloud?” For those companies who have not yet done so, it is a serious question that needs considered thinking.

The presentation was an impressive run through a list of case studies that Accenture are involved in. However, the underlying themes seemed not only valid but resonated with the audience. Bernaert, however, then announced that this vision may change shortly, in fact in a few short weeks. Accenture would revisit their vision on February 6th and they may add to the above list. If there is one constant in this modern era, that is that change is indeed constant!