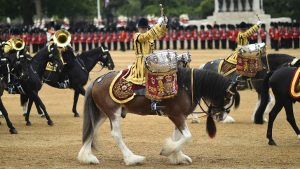 Can organisations from across the market landscape learn from the British Army? If the recent travails regarding the latter’s abysmal attempt to automate and improve its recruitment process by shifting it online is anything to go by, I’d say a resounding ‘yes sir!’

The recruitment project, implemented (if that’s the right word) by Capita, is over-budget by a factor of three, is four years late and has seen recruitment numbers plummet.

Something that was meant to be both cheaper and more efficient has turned out to be neither. Though as a great case study of ‘what not to do’ to ensure a successful transformation outcome, it could hardly be bettered.

One of the key failings was the misreading of the target audience. While young people are definitely digitally savvy, like anyone else they do not want to be subjected to an overly long and complex online application process. Even more so if the outcome of starting basic training does not happen for up to 321 days from the start of the application.

In an era where Agile execution is all, this result beggars belief. Some 47% of applicants thought the same by voluntarily dropping out of the application process in 2017/2018.

The British Army, like all armed forces relies on boots on the ground. And recruits sign up to it because they want to be part of a team. Moreover, since what they are committing to is a dangerous job, they’re likely to respond better to a human who can offer guidance and reassurance and share their own experiences. Joining the army, we can conclude, is not like switching your energy supplier.

The powers that be in the British Army have learned this the hard way, having to expensively reinstate the human element over the last few years, thereby negating earlier cost savings.

All of which leads me to ask, who was in charge of the user experience process and what was the basis of their objectives? After all, British Army personnel should have had a swathe of insights and domain knowledge of the recruiting process, of what works and what doesn’t.

The subsequent failure suggests either that they did not make use of the data that they have or had failed to understand or collect the right data in the first place. You can’t, after all, expect Artificial Intelligence to improve your situation if you don’t use actual intelligence in its formulation.

So though this looks like an IT fail with the question of whether the technology was up to scratch, it is in fact not. Dig deeper i.e. read further into the report from the Whitehall spending watchdog and you discover more issues that were not really technology related but set the course for a doomed technical outcome.

But what is evident is that there was a dereliction when it came to testing. Neither the army nor Capita tested changes to the recruitment process before they were introduced.

The development and change management processes employed, were, at best, lightweight or ineffectual, at worst non-existent.

That the army needed to recruit better and faster isn’t in doubt – it’s estimated to be understaffed to the tune of nearly 6%. And the target young people base is hugely engaged online.

So the business case for investing and overhauling the recruitment process was there, particularly if it could trim unnecessary costs. Even better if it opened the way for improving or re-imagining existing processes – a significant value proposition of digital transformation.

Equally, bringing in support from those with the technological expertise and experience to do the job was another sage move, especially as many organisation flounder in knowing the latest working practices for digital native operations.

All this raises a number of important points about the wider context for digital transformation.

Overall, much of the findings of the Whitehall report reinforce the fundamental role that the business must play in any transformation process. Crucially, digital transformation is a business driven process enabled and supported by technology. The right technology implemented well, of course will have a significant impact on a successful outcome, but equally, non-technical concerns are as likely to derail it.

In the British Army’s case, there were many other non-technological reasons (cutting of the budget and low morale) for the poor recruitment performance, highlighting the limitations that a technology only focused transformation can have to a desired outcome of change. In short, it points to how accurately (or not) one can measure success, and how figures can be skewed by non IT factors.

One noteworthy challenge, particularly one that is common across the market landscape and that is the ability to recruit the ‘right’ skills to meet the changing needs of an army faced with the increasing risk of cyber and electronic attacks.

Is there any good news?

Clearly, none of what I have laid out above is good news.

But in light of what we now know, some good can be salvaged. After all forewarned is forearmed.

The failing here appears to be not one of conception so much as execution. Specifically, an underestimation of the complexity of the project involved, both by the British Army and Capita itself.

Closing down recruitment centres and doing away with recruitment personnel before establishing the strength and value of the new approach was clearly too hasty. And since they then have had to be reinstated making it a costly mistake.

So perhaps it’s fair to say that the big issue here is one of speed, of attempting to do too much too soon. It calls into question the market’s slavish drive for speed. More to the point, a lack of appreciation for the complexity and nuances of certain processes and their impact on customers and an unwillingness to do some analysis will incur wasteful costs and damages in more ways than one.

This pursuit of blind speed is a common failing.

There is a weight of digital transformation learnings and insights available online. At Creative Intellect Consulting (CIC), we have brought together our collection of insights from speaking to a broad range of large and small organisations from across the myriad industry verticals with the publication of “CIC Briefing Note – Imperatives for Digital Transformation”. It’s free to download before January 2019. Individual experiences and profiles can be found in ourDigital Transformation research stream.

is an analyst research, advisory and consulting firm founded by Bola Rotibi, an experienced and renowned expert analyst in the field of software development, delivery and lifecycle management processes, technologies and tools.

The blog was written by Bola Rotibi. It was first published by Creative Intellect Consulting and is reused here with permission.