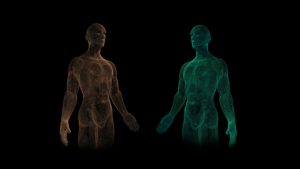 At its AX (Analytics Experience) event in Milan, the focus of SAS was on data and AI. Unsurprisingly, SAS delivered research it had commissioned that reinforced the importance of analytics – notably that:

However, correctly, the key point that was made throughout by SAS and by its customers, is that without data, AI cannot produce value.

The importance of data: Yes, but is anyone really listening?

SAS is a data-driven vendor.  The company’s value comes from being able to help organisations dig into morasses of data. This has been its capability over the past 40+ years.

Yet the message which came across again and again in Milan was how poorly organisations in general understand: what data they possess (whether formal or informal) and how they can exploit the data they already possess.

More often than one might expect, SAS involvement starts with assisting in the ‘organising of data’, the necessary precursor to exploring what it might reveal. What stood out is how the views from the research respondents differ on the role of an analytics platform.

Many (61%) believe analytics are for extracting insight and value from data. However, there were lots of splits in respondent views on a range of underpinning issues such as better governance over data; other purposes or benefits of analytics such as predictive models and open source technology.  59% believe an analytics platform should also ‘shape’ an integrated or centralised data framework, while 43% envisage analytics as providing modelling and algorithms to be the base for AI and ML.

Intriguingly and somewhat self-affirming, given SAS’ 40 years data driven focus, the overall research conclusion and event theme was that – until you have your data in a rational shape, you will be unable to obtain benefits and insights.

But why don’t more organisations get this salient point….after all these data producing years?

The real AI in play today

SAS Chief Operating Officer (COO) and Chief Technology Officer (CTO) Oliver Schabenberger laid out a fundamental differentiation between – in his view – two different forms of AI. His reasoning is straightforward and much less drama-inducing that Elon Musk’s many attacks on AI as the great threat to humanity.

For Dr Schabenberger, AI is no longer hype. It is already in use in many organisations, with SAS customers using SAS AI and analytics tools. That said, he highlights two differentiating themes of AI.

The first is Artificial General Intelligence (AGI), which for him, is the pursuit of making machines behave, think and be like humans. AGI is an attempt to realise ‘general human intelligence’ in hardware and software. In essence, AGI is not about applying intelligence to specific problems. Rather it is about creating a machine intelligence capable of doing anything, including learning and developing, much as a person can do.

To achieve AGI requires a step change that is decades away. That step change will probably require a fusion of multiple sciences – from biology and physiology to chemistry, physics, social sciences, medicine and neuroscience (to mention only a few).

Today we still do not understand how the human brain works. Furthermore, there is no reason to think we are anywhere near to reaching an understanding. AGI can only come from radically new ways of thinking, ones which build on a comprehension of brain processes which simply does not exist today.

In contrast, Artificial Narrow Intelligence (ANI) is about algorithms and rules. These rules embody a narrow understanding of a specific problem to which automation can apply.

The key to ANI is that humans are crucial to its gestation. Humans, via their systems, create the huge stores of data upon which ANI depends to operate to become useful. Equally, the creation of algorithms does not come from machines. It comes from people seeking greater understanding of what lies in the vast datasets which exist today.

While ANI can refine its understanding and outputs – machine learning, for example – this is nowhere near comparable to AGI. In essence, ANI is not self-sufficient in the ways AGI is feared by those who equate it to a dystopian society it might herald.

A is for augmented

A different way of considering ANI is to envisage it as excellent for programmatic-based transformation. This takes morasses of data, finds patterns (according to an algorithm or set of rules) and makes this available for use. For example, think about medicine and fraud detection.

Hospitals have huge amounts of data collected about patients. But this is scattered across many sources and rarely does anyone look for patterns across multiple patients which might predict earlier than is possible today conditions like imminent heart attacks, oncoming sepsis or the likelihood of chronic diseases in a particular cohort of the population.  The AX event introduced a noteworthy example of AI in action from Dr Vijlbrief of UMC Utrecht who is working with SAS to catch sepsis in premature babies before it develops into a full-blown assault. This is being done by absorbing all the patient data collected and then looking for any patterns which might predict infection before it catches hold.

Similarly, in fraud detection, the art is in identifying common characteristics across previous fraud instances which can then be used to develop algorithms and rules that can prevent future fraudulent transactions completing.

AI. Alive and kicking but don’t forget to look after the data

Understanding the context and role that AI can play today and in the future is crucial in recognising the true opportunities that it offers. But the simple reality underpinning AI is the fact that data is important. Organised data is more important especially for organisations that wish to derive value from assets they own which so far they undervalue. This is akin to owning a plot of land in the City, as yet unbuilt upon. As it exists it is nothing but a piece of empty space. But what could it be?

ANI is in use today and is the AI that most can relate to. At AX, Sky, the ‘broadcaster’, described how it is using ANI/AI to improve customer retention and win-back rates. This contributes significantly to the relevance of marketing activities, as well as bottom line profitability. As with the medical and fraud detection examples, Sky showed what AI contributes.

However, without organised data, AI (including machine learning) is a technique waiting to be fed. The challenge for most organisations is, first, posing business problems that might be worth investigating and then readying the data for analysis.

How to manage COVID-19 misinformation and trickery

Top tips to protect your mental wellbeing when working from home

Security in a Multi-cloud Environment