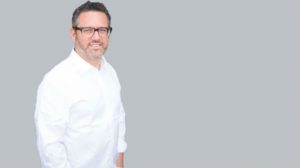 Unit4 has announced the appointment of Mike Slater as Chief Operating Officer with immediate effect. He joins after a stint at SAP where he was UK MD. He left SAP in March 2018. It isn’t clear whether this was gardening leave or a short career break before joining Unit4.

He is the second person to leave that post in as many years. Cormac Watters was Slater’s predecessor and was in the post until June 2017. Watters was then briefly Chief Operating Officer for SAP EMEA North until he left the company to become EVP and General Manager for EMEA and APAC at Infor. The current SAP MD UK & I is Jens Amail, a ten year veteran at SAP who was appointed in April this year.

Slater joins the leadership team led by CEO Stephan Sieber. Sieber commented: “Mike’s passion and focus on developing people and building effective teams to deliver real value to customers will be a great asset to Unit4. This appointment is a central role as we grow to cement our position as the global leader in enterprise applications for the services industry.”

According to the management team page Slater has the responsibility for “ensuring streamlined global go-to-market execution, from global demand generation to global sales operations and field enablement.”.

In recent months Unit4 has announced few wins. Slater appears to have the task of rebuilding the sales and sales enablement function. Unusually the company appears to have no Chief Revenue Officer or Chief Marketing officer as part of its leadership team. Perhaps Slater, who started with roles in Sales is fulfilling these functions. Dave Goossens is Chief Customer Officer but his role is more about customers already using Unit4 ERP software rather than winning new business.

Slater is cautious in his canned statement merely stating: “Unit4 is at a very exciting stage in its progression. I am really looking forward to working with everyone at Unit4 and to being part of its future success and growth.”

Owners Advent has now apparently withdrawn the sale of both Unit4 and FinancialForce. The appointment of Slater is an indication that Sieber is able to strengthen his leadership team again. In the same way that Simon Niesler at Infor has made some fundamental changes to Infor following his appointment there under Cormac Watters it will be interesting to see what changes Slater makes at Unit4.