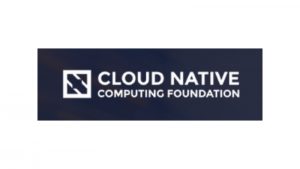 “As edge, IoT, 5G and AI start using these highly-automated cloud platforms, we are excited to see the best of both worlds come together – the scale and portability of cloud coupled with the agility, reliability and automation of telecom.”

The unexpected impact of 5G ripples on

As the next generation of networks evolve, especially related to 5G and the applications services they will support, there is a need to embrace characteristics inherent to ‘cloud native architectures’, including:

As part of this two of the fastest-growing Linux Foundation projects, ONAP (part of LF Networking) and Kubernetes (part of CNCF), are coming together. The objective is to support the next-generation of telco architecture – with operators move their VNFs into CNFs running on Kubernetes.

“These implementations will bring greater elasticity to the networking space through critical pieces of the cloud native stack – like container orchestration, service mesh architectures and microservices – and allow for a new level of self-management and scalability.”

The importance of ONAP

Early examples of both VNF and CNF enablement already exist within ONAP, which is an user driven project, via working projects from the CNCF and ONAP communities. ONAP’s inaugural release, Amsterdam, represents the second stage (2.0) of network architecture evolution. It runs in a VM – in an OpenStack, VMware, Azure or Rackspace environment.

ONAP’s upcoming release, Casablanca, will introduce the next phase of network architecture evolution (3.0). This will:

ONAP currently supports VNFs on either VMs (running on OpenStack or VMware) or containers (running on Kubernetes via KubeVirt or Virtlet).

Specific projects addressing the migration roadmap to cloud native include:

“Containerization has been one of the cornerstones of our network transformation,” said Catherine Lefevre, AVP of Research Technology Management, AT&T.

“Cloud-native development represents the next level of efficiency as part of the ONAP target architecture and we’re excited to be a part of this initiative. We expect significant benefits from the OOM Project, such as improved scalability and resiliency, as well as additional cost efficiencies.”

For those who do not know, 5G is shaking up the telco industry in a way similar to that in which blockchain is shaking up logistics and supply chain. In the case of 5G introduction, most telcos are having to rethink the fundamentals about how to support the services and applications at a speed commensurate with the underlying communications. This is necessitating an ever greater move from VMs, already pretty much standard in computing, to VMs optimised for containerisation: CNCF + LFN.

With this hybrid approach, service providers will be able to to deliver next-generation services by realizing the promise of containers, utilizing within clouds. These, combined with the traditional open source ecosystem-wide benefits, add: