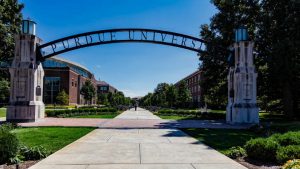 SAP has announced that Purdue Univeristy has completed its latest stage of its transformation program called Transform Purdue.

This saw the University move to S/4HANA from its legacy SAP solution.

Victoria Farnsworth, Purdue University Executive Director of IT Enterprise commented: “The TransformPurdue project was an ambitious undertaking that required the right software and implementation partners for us to be successful.

“Moving to SAP S/4HANA allowed us to modernize our business processes, resulting in year-over-year cost savings while leveraging our SAP investment. Couple this with EPI-USE’s extensive reputation for transforming how higher education does business, and we had a winning combination. We look forward to our continued partnerships and supporting the university’s core mission to be a leading educator and expand knowledge sharing globally.”

Purdue University went live with a new financial structure on July 9th on the new SAP S/4HANA system. This latest phase will enable the University to benefit from:

This has been a major undertaking. The university realised that moving to S/4HANA was not just an upgrade to the existing system. It was an opportunity to redefine business processes across the organisation and use data analytics to drive new insights about the business.

This transformation is even more apparent in the changes that the university will make next. It aims to transform its HR processes when it launches SAP SuccessFactors in January 2019. The current HR systems at the university are described internally as “antiquated”. The aim is to use the web based and mobile enabled system to capture and process information. This will eliminate the huge volume of paperwork that is currently completed and moved around the organisation.

One of the first processes SuccessFactors will enhance, is the hiring process. The automation of online approvals will eliminate paper from the process. It will also eliminate the delays in moving that paper between multiple departments. The scale of the current paper process is huge. In May 2017 alone, around 11,500 pieces of paper were processed by the personnel department, something that will be virtually eliminated by the online system. It will also redesign and streamline the whole process, making life for University hirers and personnel simpler.

The current Summer pay system uses a combination of paper forms, Excel and manual entry into the Payroll system. The whole process will be replaced by one that is completely online. It will eliminated re-entry, rework and reduce time spent significantly on the process during most of its stages. It will also be mobile enabled to capture both time spent and effort expended at the point of work.

A third enhancement is to the personnel activity reports system (PARS), described by Cynthia Stauffacher, Professor and Assistant Department Head, Biological Sciences as “the system we love to hate”. SuccessFactors will replace the old system in Spring 2019. A web based mobile accessible solution will replace the 15,000 paper forms currently completed. Near real time reporting will replace the current system. Approvals and adjustments will also be done online, again eliminating paperwork and duplicated effort.

SAP S/4HANA implementations are going live more frequently. They are now demonstrating the benefits first promised. This should attract other Universities and companys’ to reconsider their own transformation plans. In demonstrating the success of progress to date at Purdue, SAP has found an advocate that should help accelerate others to follow. The key is whether they can also start to convert and win business from its rivals.

Many of the benefits are seen immediately. However, it is the analytics capability of SAP S/4HANA that should prove useful in the longer term. It will be interesting to see how in a few months’ time Purdue has benefited from insights on its data in a single SAPHANA repository.

Latest News Ian Murphy - March 20, 2020
0
NutriBullet was hit by a malware attack in February that continued for over a month. Two days ago, RiskIQ published a blog showing that...

ADP and FinancialForce – a year later