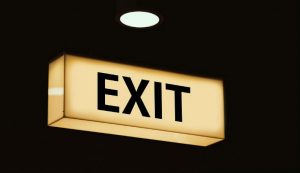 Stephen Kelly has stepped down from Sage Group plc after “reaching an agreement” with the board. The news comes after Kelly has come under increasing pressure as results have failed to match the rhetoric. Earlier this year the company issued a growth warning. Kelly made a swathe of cuts across the company, especially in the middle management tier. He also removed Alan Laing as MD of UK & Ireland.

Steve Hare, the current Chief Financial Officer has been appointed to the post of Chief Operating Officer on an interim basis while the board commences its search for a new CEO. According to the press release, Kelly will “remain available to the Group until he leaves on 31st May 2019”.

Both the board and Kelly issued announcements about the change of leadership. Kelly commented: “I joined Sage four years ago and am immensely proud of the extraordinary change that I have had the privilege to lead. I joined a fragmented organisation with minimal presence in the cloud. The major cultural transformation has created Sage Business Cloud which has now grown to £386m of annualised recurring revenue (ARR) from a standing start and has driven total shareholder return for Sage of over twice that of the FTSE100 during my tenure.”

“I am proud of my role in positioning Sage as a champion of entrepreneurs and a voice of business heroes. In addition, the Sage Foundation is living proof that companies can make a difference across their communities. It has been an honour to build a world-class management team, to serve my colleagues and inspire in them my overriding passion of customer obsession. I look forward to Sage’s continued growth and success.”

Donald Brydon, Chairman of Sage Group plc said: “Stephen has much to be proud of in the very heavy lifting he has led as the Group is transformed. He energised the Group, drove change with relentless focus on customers, and under his leadership the strategy to become a leading SaaS business has been defined. The Board remains fully supportive of the overall strategy. We wish Stephen well in the next phase of his life.”

Kelly has had to tackle a monumental task at Sage. When he joined, it was a complete mishmash of acquisitions that enjoyed substantial market share based on legacy products. The issue was that new cloud vendors were accelerating growth and eating into that share hungrily. Kelly has made significant changes in changing the organisation to change its focus on cloud based products.

He has streamlined the firm, selling off the US payment arm and restructured the group internationally in an attempt to provide a common application across the globe. I have often compared his role to that of a fleet captain controlling several oil tankers all heading in slightly different directions.  While on the face of it things are moving in a better direction he has not completed the transition enough one suspects.

Sage Business Cloud is still a little more than a marketing umbrella term for its products. There is still no visible upgrade path between the products for example. The acquisition of Sage Intaact, while a good purchase is not yet internationalised and further confuses the product portfolio at the moment.

Sage Live was an opportunity to take advantage of the huge growth that Salesforce is still experiencing, however, it has not been as successful as it might have been. It is a direction that the new CEO might consider as Salesforce still does not have a fully international accounting product on its platform. FinancialForce is the closest but has a narrowing target market in larger enterprises.

In my opinion, Kelly has done a very successful job in transforming Sage from where it was but has never quite completed that transformation. At times its direction is still a little confused. With Sabby Gill starting as the new MD of UK & I he will wonder what he has walked into, one wonders whether he may even be a candidate for the CEO role.

According to the press release the board is looking for:

“In seeking a new CEO, the Board is particularly focused on finding an executive practiced in embedding sustainable processes at scale for the next phase of the Sage journey to capture the significant opportunities ahead. “

The group is on track to deliver its targeted revenues for the full year with 7% organic revenue growth and around 27.5% organic operating margin. Which is good news as a further decline in growth would have been bad news.

The Sage board will need to act quickly. Kelly was a charismatic leader who managed to change the culture in Sage substantially. What he seems to have failed to do is complete the tougher organisational changes without losing morale in the company. The cuts that followed the growth warning were felt hard by many in the firm and this might have been one of the reasons.

Things are clearly not right there with recent Glassdoor comments saying: “Good company but needs a new CEO” -17 August and “Good company – poor strategy“. It is interesting that over the last six months, comments and ratings seem to have gotten worse.

Sage will need to find a strong leader and one capable of making some tough decisions in the short term in what is a complex global business. As Kelly found, it is not an easy task.