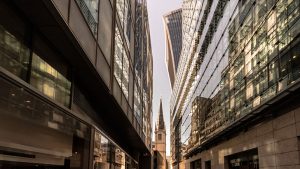 The latest Business in Britain report from Lloyds Bank shows a rise in confidence among UK businesses. Confidence has now risen above the long term average and is at its highest since June 2016. It shows that companies are beginning to adapt to the uncertainty of Brexit.

The 1,500 respondents are primarily small to medium businesses. Over 99% of all UK businesses are officially SMEs which makes this report interesting. The report asks about expected demand, sales and profit for the next six months. It also reports on sales for the previous six months.

“As we look ahead, the external environment remains mixed as Brexit uncertainty and weaker UK demand are businesses’ biggest concerns for the next six months. Despite those risks and rising global trade tensions, business investment and hiring intentions remain at similar levels to the start of the year.”

What are the challenges ahead for business?

A positive outlook should be good news for business owners, shareholders and generally staff. It should provide a basis for increased recruitment and investment in these businesses.

That, however, is not the case here. A lack of skilled workers is seen as a drag on business. At the same time, fewer companies plan to invest in the business and recruit than in the previous survey.

Key points from the survey show:

This survey was taken before the government announced the current (post-Chequers) UK Brexit plan. How much this plan will affect confidence will only become clear in January when Lloyds Bank releases the next survey.

The increased outlook for sales is good news, as it the increase in exports. The questions are:

The current low value of Sterling is helping exporters. As anticipated, conversely, a weak pound hurts importers (and the UK imports far more than it exports).

The reduction in the already low rates of recruitment and investment continues. This suggest businesses are unwilling to commit when faced with an uncertain future.

Arguably, skilled workers were always going to be in short supply. What this survey doesn’t do is look at workforce mobility or even ask about training and apprenticeships. It also avoids asking about the role of technology in reducing costs. This is a surprise. Might it have given a different view on what is happening with investment?