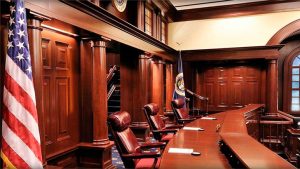 Oracle has won the latest round of an eight year old copyright case against Google. The case was heard by the United States Court of Appeals for the Federal Circuit. As with the last time the case came before this court it has reversed the ruling of a lower court and sent the case back to be heard again.

Whether we get another jury trial is debatable. Both sides could again go through the whole jury process with their well-rehearsed arguments.. The likelihood is that the result will again end up with the appeals court. Alternatively, Google could now push for a hearing of the full appeal court. If it doesn’t like that ruling it could then push for a Supreme Court hearing.

Many of Google’s supporters in this case believe that the Supreme Court should hear this case. However, a previous attempt to involved the Supreme Court was rejected. Whether a future appeal would be heard, and how long that would take, remains to be seen.

Importantly, this is not about the general use of Java to write software in. Java itself is free for anyone to use. This includes the key classes and packages in the Java API library that enable the language to work. In addition there are two other versions of Java that are available. Java Standard Edition which is a commercial package and OpenJDK (Java Development Kit). The latter is important as it follows open source guidelines about new code and improvement. If you improve any of the code you have to give it back free to the Java community.

This court case is about Google’s use of Java to create Android and Java SE. Specifically, it is about 37 Application Programming Interfaces (APIs) that Google used and who has the copyright in them.

Oracle claims that Google unfairly used the APIs. It also has a licensing program for anyone using Java APIs in a competing platform or embedding them in a device. Java SE, which was released in 2008 was used by Nokia and others in their early mobile phones. It believes that Android can be classed as a competing platform. As Google failed to purchase a licence, Oracle believes it is entitled to damages. In this case those damages currently stand at $8.8 billion, a figure that is likely to increase as this case drags on.

Google claims that the 37 APIs represent a miniscule amount of the total Java APIs. As such, its usage should be considered fair-use. Google further claims that the use of Java SE by mobile phone manufacturers was not as an operating system. As such, it did not create a competing platform. It further claims it makes no money from Android as it gives it away. That argument has been dismissed by court rulings based on the significant advertising revenue Google makes from the platform.

Oracle, Google go round and round in court

There has been two jury trials and two appeals to date.

Oracle won and lost in the first round of cases. The jury trial found that Google had infringed the copyright if Java SE but didn’t agree on fair use. That was sent to the district court who found for Google.

Oracle appealed to the Federal Circuit. It won with the court saying that: “the structure, sequence, and organization (“SSO”) of the Java API packages are entitled to copyright protection.” The case was sent back for another jury trial to further examine Google’s defence and to decide damages.

In the interim, Google attempted to get the Supreme Court involved at this point but was rebuffed.

That second jury trial found for Google and its fair use defence. It decided that there should be no damages for Oracle. Oracle claimed that the case was flawed and asked for a new jury trial to examine the evidence again.

After being refused a new trial, Oracle again appealed to the Federal Circuit. Once again, Oracle has prevailed at the appeals court. The appeals court said: “Because we conclude that Google’s use of the Java API packages was not fair as a matter of law, we reverse the district court’s decisions denying Oracle’s motions for JMOL and remand for a trial on damages.”

Is this the end of it?

Far from it. Oracle wants its money. After all, the damages are far from insignificant. In a statement on the Oracle website Dorian Daley, Oracle Executive Vice President, General Counsel and Secretary write: “The Federal Circuit’s opinion upholds fundamental principles of copyright law and makes clear that Google violated the law. This decision protects creators and consumers from the unlawful abuse of their rights.”

Google, meanwhile, has made significant changes to Android. Nougat, released in 2016 is based on the open source version of Java. However, it is not clear if Google has pushed back all the improved code to the Java Community. This is required by open source rules and licensing. As far as the court case is concerned this is not part of that.

There are also other interested parties. One of these, the EFF, has accused the Federal Circuit of screwing up copyright law and thwarting innovation. A blog on its website from Corynne McSherry, Intellectual Property Director at the EFF, looks unfavourably on the judgement.

McSherry pulls no punches. She says that the case should never have reached this stage. The EFF has long maintained that APIs should not be afforded protection. The entire software development world is moving towards everything being an API. By making them copyrightable there is a significant risk of more lawsuits and stifling of innovation. One of the big risks will be to start-ups. Because of the secretive nature of the US Patent Office, start-ups already have to take a risk that a software patent won’t appear and kill their business.

This case, according to McSherry, will make this worse saying: “This case has already cast a long legal shadow over the entire world of software development. Defending fair use takes time, money, and lawyers. Thanks to the outrageous penalties associated with copyright infringement, it comes with substantial risk.

“Wedging a layer of copyright permissions culture into API compatibility comes with unknowable costs, too: how many developers will abandon ideas for competitive software because the legal risks are too great? How many investors will fear to support them?”

It means that nothing has changed. The uncertainty that McSherry talks about has been around since this case started and will continue. There is no clear evidence that it has dampened the appetite for investment in start-up software companies. However, that may change if Oracle prevails.

Google will hope that it can finally get its day at the Supreme Court. If it does, then it will have the backing of McSherry and the EFF among others. Such a move will also set an interesting precedent over copying code and what is considered fair use. What may help in this instance is that there are no software patents involved. This could allow the Supreme Court to deliver a suitably narrow judgement that may satisfy the software industry without having to look at the wider, and more complex problem, of software patents.

Fair use is already a minefield at an international level. There are significant differences between Europe and the US over what constitutes fair use. Many EU countries have limited fair use provisions in their copyright laws. In 2015 the European Parliament relaxed some of the restrictions on how it could be applied. However, the EFF says it does not go anywhere near as far as the US does and if the Supreme Court rules here, that gap could grow.

For now, Oracle will be ratcheting up the pressure and looking for a larger payout. Google will continue to resist Oracle’s demands and the courts will have to hear yet more arguments. Meanwhile the EFF and Google’s supporters will continue to lobby on its behalf.

The only thing that is guaranteed is that the legions of lawyers involved in this case will continue to bill and get richer.