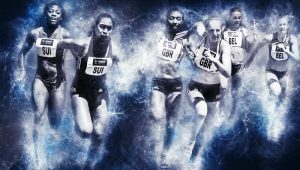 Apttus has released a new white paper that looks at the rise of artificial intelligence in business. The white paper included a survey of 490 business executives and thought leaders. It was carried out by Harvard Business Review Analytics Services. Entitled: “Artificial Intelligence for boosting revenue generation in the B2B enterprise” (registration required) it could equally apply to B2B2C or B2C businesses.

This is not a study based on 500 random interviews, Apttus note that it includes responses from representatives of major global corporations such as IBM, Lenovo, Morgan Stanley, Microsoft and Nasdaq. There are some interesting statistics within the white paper. Many of these are already Apttus clients and are taking advantage of Max, the Apttus AI. Some of the use cases are explained in the white paper.

The term Artificial Intelligence is used with a wide definition. A better definition is often Augmented Intelligence. This is not about machines taking away all decision making but about machine learning assisting humans with information to help them make decisions.

The focus of the report addresses how businesses can increase revenues from the application of AI within the sales process. This is a process that Apttus knows well assists many customers. Historically, buying a CPQ (Configure Price Quote) system was about efficiency. As the paper demonstrates it can be a lot more than that now with the application of AI.

So is AI important for B2B businesses

Yes. The report states: “60% of respondents believe their future success depends on the successful implementation of Artificial Intelligence.” To some this might seem low, More telling however was the response to the question: “In what stage is your organization in terms of investigating and/or implementing machine.” Only 3% of respondents believe that they had no need for machine learning. It would be interesting to know which organisations those are, and how they interpreted the question. It is difficult to see any organisation that could not benefit in some way from machine learning or augmented intelligence.

So what can it do

Throughout the report the authors cite companies such as IBM who are already using AI. IBM has integrated its cognitive computing (Watson) with Apttus to augment its sales teams. “The IBM system acts like a recommendation engine, which is not common in the B2B space, and can put together appropriate product bundles for a customer, no small challenge given IBM’s overwhelming portfolios of products. Importantly, the sales advisor also learns over time.”

The report highlights the seven most common AI uses. Understandably the oldest is the most common predictive analytics (82%). The next two are “text classification or mining”(36%) and “fraud detection”(35%). Interestingly prescriptive analytics is not listed in the top seven.

The benefits of utilising AI in the revenue generation process are succinctly explained by George Lee, Chairman of Technology, Media and Telecom and Chief Information Officer of Investment Banking at Goldman Sachs in San Francisco. He comments: “Some companies have better salespeople than others, and that’s a competitive advantage. Imagine magnifying that advantage by giving that great salesperson an infinitely smart friend next to them. The companies that figure this stuff out and deploy it well have an ability to build competitive advantage at a scale that is very unusual.”

The report is full of advice and anecdotes including a three step process that companies should look to adopt when considering AI. Chris Brahm, a partner who leads Bain’s global advanced analytics practice, advises to focus on business value, consider the benefit to the end customer and adopting an agile approach.

The challenge and opportunity: People

Many organisations are hesitant to implement AI for one reason, people. Implementations often fail for the same reason. As with any change, management program companies need to consider how they communicate and sell AI to staff. They need to overcome the lack of trust in AI. The report highlights that salespeople may not trust the recommendations, preferring to use gut. AI should not supplant people, an AI cannot have that personal relationship with a client but if the salesperson ignores the advice then either the deal will be lost or is less profitable.

Also executives are wary that Salespeople always rely on the AI, taking the recommendation at face value. That is always dangerous, AI is only as good as the factors it uses, the data it ingests and the algorithms that are used.

This is a white paper that is worthy of reading. It has enough take aways to deliver value to the reader. It also informs about several use cases of AI that businesses may not have considered. Apttus are at the forefront of implementing AI within the revenue generation process in several different forms. It is clear that many of the suggested methodologies are supported by Apttus. This paper gives enough information to be of relevance to all business processes and for all businesses.

The big question is whether your organisation is looking to adopt AI. Are you one of the 3% that are ignoring machine learning. Are you in the race, or being left behind?