ObjectRocket has announced the availability of fully managed instances of Elasticsearch. This adds yet another feature to what Chris Lalonde, Founder and CEO of ObjectRocket, describes as “the suite of data stores” that the ObjectRocket platform provides. 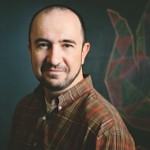 Elasticsearch is an open source, distributed, real-time, full-time search engine based on Apache Lucene. The software, written by Elastic is used by organisations as diverse as Microsoft for security information, Goldman Sachs for sophisticated analytics, logging at scale by Verizon and assisting space exploration at NASA.

ObjectRocket, the managed database platform was acquired by Rackspace® in February 2013 and now supports a wide range of database technologies. We discussed ObjectRocket and Elasticsearch in more details with Lalonde.

Why have ObjectRocket added Elasticsearch?

We asked Lalonde why did he made the decision to integrate Elasticsearch. He replied “If you look at our service offering today, we have a suite what I would call of data stores, so we have MySQL offering a relational database, MongoDB which is non-relational, We have Redis, which is an in memory solution and Hadoop which is an analytics solution.

“If you start looking at modern applications they tend to have a  set of services, data stores very specifically and if you look at the ones you have picked out those are the ones that are the most popular, they are open source and they are the functions that people, developers most specifically need to use the most.

“A lot of applications have a set of these services in combination with one another. So for example you will see if you start looking how applications are architected they often have an in memory data store like Redis for caching credentials or for quick hits of stuff. They often have non-relational data base either as their primary data store or as one of the secondary data store because it is nice to work with.

“They often have a relational database or analytics solution in order to be just a regular database or to provide some kind of insight into the system. The thing that everybody has, they have ‘search’. This just meshes nicely with the rest of the platform and is a service that our customers were asking for.”

“A good example is ELK Stack, (which combines) Elasticsearch, Logstash and Kibana. Those tools make Elasticsearch more powerful than some of its “competitors”. Some of the new stuff they are doing, ‘Beats’ for example is pretty innovative and allows it to be far more than just a search engine. If you look at where that whole line is heading, it is both innovative and I personally feel that they are they are headed in the right direction.”

Elasticsearch has been in beta at Rackspace for several months. One of the early adopter, Shiem Edlebrook, CTO, The Control Group is clearly impressed, he commented, “If you want Elasticsearch at scale without having to worry about the software, this Rackspace offering is the only one able to deliver it at this point”. The Control Group have been using Elasticsearch for over a year and their experience was recognised by Lalonde.

It is no small endorsement than when Edlebrook commented “We use Elasticsearch to run a lot of deep analytics, which are crucial for our business. This can be a complex and time intensive process, so I only had modest expectations for this new offering. I don’t know what kind of mythical creatures are powering the ObjectRocket machines, but I’ve actually never seen anything perform like they do. They have some of the fastest hardware I’ve ever seen.”

Lalonde has total confidence in his product and ObjectRocket offers a 30 day trial, with 2GB of data space and 256MB RAM which is suitable for developers. If the data stores are deleted before the end of the trial no money is due. The configuration is their entry level program which starts at $50 per month.

This month charge is actually an aggregate charge and allows for customers to burst up at appropriate times but only pay for the period of time that the additional capability is in use. There are also safeguards that can be put in place if customers do not wish to burst, though this may mean analysis is not carried out. 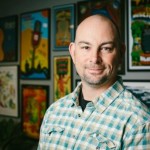 For those customers desperate to use Elasticsearch there is good and bad news. The service is only currently available e in the US-East-IAD3 availability zone. It will be rolled out to the other U.S. and International data centres later in 2015.

Kenny Gorman, chief technologist, data at Rackspace commenting on the announcement confirmed Rackspace readiness to provide the solution in saying: “Adding ObjectRocket for Elasticsearch allows Rackspace customers to search across massive amounts of data and extract key insights in real-time. … Our team of database experts is now fully trained and able to quickly set-up Elasticsearch so customers can run powerful searches in minutes to inform mission-critical business decisions.”

Rackspace seem to be creating their data service to be something the meets any requirement of an enterprise seeking data analytics. The variety of options is impressive and coupled with a layer of technical experts who can advise companies on the best solution for their requirements it seems likely that they will be successful.

It is laudable that Lalonde seems to have brought the start-up mentality of ObjectRocket into Rackspace. He explained his strategy by saying “The whole idea here is our differentiation is based on the service itself and I mean that in the configuration, the performance and the support that you are going to receive from us, we are not trying to lock you in by saying we’ve got all your data and it’s going to be a pain to change it to something else which some other vendors tend to do.”