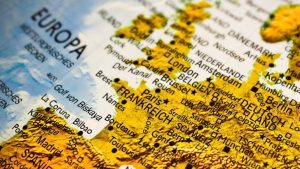 More than 40% of organisations are now using cloud payroll solutions exclusively. While SD Worx states that more than half are using on-premises solutions, it isn’t clear if these also upload to a payroll bureau for part of the processing. The finding is part of an SD Worx study of more than 1,300 companies in Belgium, Germany, France, the Netherlands, and the United Kingdom. Entitled “2022 Payroll Proficiency Index”, it assessed six drivers to understand what made payroll more difficult or easier.

What did they find?

Those six drivers were legislation, reward, technology, workforce, capability and partners. Across Europe, except for three outliers, payroll proficiency was broadly within the 60-70% range. The overall average was 64.6%, with the UK highest at 66.5% and France lowest at 63%. Notably, the UK felt the most proficient across five of the six categories.

“In the UK, keeping on top of payroll involves knowing what’s coming from HMRC and how this impacts the workforce. This is why it’s vital to have good payroll technology available with dedicated staff. If payroll is becoming arduous to manage in-house, outsourcing the work to a respected third-party vendor can help alleviate some of the administrative stress.”

The exception and one of the outliers were partners, where Belgium scored 73.8. Legislation was the biggest challenge overall (59% with France (55.8%) and Belgium (56.6%) scoring the lowest.

Tom Saeys, Chief Operations Officer at SD Worx, commented: “Payroll calculation legislation is definitely the most complicated in France and Belgium, and these results only confirm that. Because the Belgian government has quite a few layers, the situation is extra complicated. On top of that we have the sectoral differences.

“In France, this is not only due to the rapidly changing legislation, but also to the variety of collective agreements, union activities and the complexity of regulations when it comes to minimum and variable wages.”

Is there a reason why the UK has a slim lead on perceived proficiency? One of the other areas that SD Worx looked at is using technology in Payroll. The UK (69.7%) and Belgium (68.9%) see tech making payroll easier. However, despite that, the UK lags in using cloud technology.

As Saeys notes, “The differences are remarkable. The Netherlands uses cloud technology more than twice as often as France for payroll calculations. A wise choice because the cloud offers flexibility and greater security, especially in times of hybrid working. This trend will only continue in the coming years as more businesses understand its benefits.”

The survey also identified the top 5 processes where technology can most make a difference:

Outsourcing can also help, as Saeys noted: “65% of companies find collecting and integrating data (for example, from timekeeping) easier if an external partner takes care of it. More than two in three companies still find it more efficient and safer to outsource payroll calculations as well.

“It goes without saying that payroll service providers, thanks to their expertise and know-how, can manage these processes more easily and ultimately also ensure cost optimization for their client.”

The percentage differences between the different nations seem negligible. It might have been more interesting to see which processes benefit the highest. It might have given others an insight into where to prioritise their digitisation efforts.

However, a competitor, Alight, has produced a Global Payroll Complexity Index over several years. The 2021 edition put France first and Belgium third based on mandatory legislative, reporting, process, and security regulations. This backs up the SD Worx findings; notably, the UK is 31st, below every other country SD Worx surveyed.

Hopefully, next year, SD Worx will produce a similar report, possibly with more countries, and the trend analysis will be interesting.