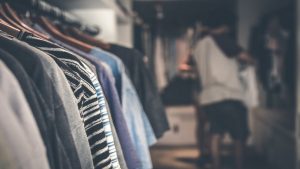 Retail and eCommerce highlights this week include: Amazon Web Services (AWS) expands its partner network to include web-based augmented reality (AR), virtual reality (VR) and life-like 3D platform BRIOXR. Nutanix continues to invest in talent with Strategic Hires and Promotions. Nuvei is making cross-border payments easier for merchants to tap into e-wallet users by integrating with the Alipay+ solution. The UK’s The Information Commissioners Office (ICO) has reported a 20% drop in personal data breach reports. Western boot brand Wild West has chosen Brightpearl to support its rapid growth as a Shopify-powered multichannel retailer.

Through its AWS Partner Network (APN), AWS has selected BRIOXR to join its roster of innovative partnership. The company already has companies such as Adobe, Tableau and Blackboard as innovative partners. With BRIOXR, AWS is positioning itself to revolutionise online experiences by introducing shoppable and engaging 3D, AR & VR content.
Brands can leverage the BRIOXR platform to offer their customers 3D product configurators online. Ecommerce customers can interact with products and view in their real-life environments before purchasing.

From improving buyer confidence to reducing return rates, 3D, AR & VR content consistently drives more sales than static images and traditional product photography. As a result, BRIOXR is a sought-after solution to help brands stand out in the ecommerce marketplace.

As a preferred technology partner, BRIOXR will provide its web-based technology to hundreds of AWS customer. In addition to co-development projects. BRIOXR is a no-code, cloud-based platform that makes it easy and accessible for content creators to design, publish and share interactive digital experiences anywhere on the web.

The AWS Partner Network (APN) is the global partner program for leading technology and consulting businesses, with more than 90% of Fortune 100 companies choosing APN partner solutions and services. The BRIOXR platform is now officially available to all AWS customers as one of its unique service offerings.

Nutanix has announced a number of organisational changes to its senior leadership team across EMEA. Sammy Zoghlami will become Senior Vice President of Sales for the EMEA region. Zoghlami will continue to lead sales and customer support, strategic business development and strategy, management of Nutanix’s offices. In addition, he now has responsibility for operational teams in each EMEA country, as well as the company’s partnerships, alliances and channel activities.

Andrew Brinded will transition to the role of Worldwide Sales Chief Operating Officer. A role previously held by Dave Gwyn before his move to SVP of Global Customer Success and Inside Sales. In this role, Andrew is responsible for advancing Nutanix’s strategic agenda. He will drive the implementation of its major initiatives and overseeing administrative and operational activities in support of organisational priorities.

Nuvei Corporation and Alipay, have formed a partnership connecting Nuvei’s merchants with over 1.2 billion potential customers in the Asia-Pacific. Customers will have access to the Alipay+ cross-border payment and merchant marketing solution. This includes access to a network of Asia’s leading local e-wallets.

Alipay and Nuvei are currently integrated for online purchases via hosted payment page or API. In addition to its point-of-sale app for in-store purchases using a QR code. The adoption of the Alipay+ solution propels Nuvei global reach, further expanding its significant portfolio of payment methods. This enables Nuvei’s clients to market to the Alipay+ network of e-wallet holders through a single API connection. Merchants will be able to accept one-time and recurring payments from Asia’s leading local e-wallet holders in the currency relevant to that payment method.

Data breaches reported to ICO drop 20% due to Covid-19

These figures were published in the ICO’s annual report from last week and analysed by a Parliament Street think tank. The report cited the Covid-19 pandemic as the primary reason for this drop. The recently introduced mandatory breach reporting in sectors that handle large volumes of personal data has also contributed to the downward trend in personal data breaches reported to the ICO.

Retail and manufacturing was next at 10.9%. Finance, insurance and credit was fourth with 10.5%. Local government was fifth, having reported 8.8% of the total personal data breaches reported to the ICO.

Interestingly, 71.4% of all personal data breaches reported to the ICO led to no further action. However, more than one fifth (21.6%) were investigated further – the specific outcomes of these investigated cases were not clarified.

Wild West signs up with Brightpearl and Shopify for online growth

Wild West was previously a Stitch Labs customer but decided to switch to Brightpearl as it was outgrowing the platform. The brand needed to access a scalable and extensible platform. One that better supports its operation, connecting customers via a Shopify website, two physical stores and marketplaces.

Despite competition from single solution providers like Cin7 and Skubana, the brand opted for Brightpearl’s suite of premium features. This included advanced warehouse management and inventory demand planning, best-in-class CRM, retail accounting. As well as the ability to seamlessly integrate all sales channels, including an expansion to Walmart marketplaces.

Wild West becomes the latest in a long line of brands choosing to utilise Brightpearl and Shopify to power its scaling multichannel operation. Brightpearl’s rapidly deployed operating system had Wild West up and running in under 140 days.

Research from the week beginning 2nd May 2022

ERP news from the week beginning 2nd May 2022

News from the week beginning 2nd May 2022