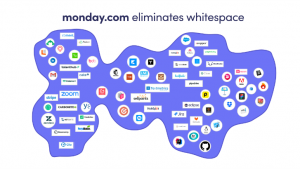 monday.com has announced the next evolution of its platform, monday 2.0. It believes that it is creating a new category of software Work OS. The challenge with this is that as a vendor it is unlikely to create a new category by itself. What it hopes to do is to differentiate itself from other task management or PPM vendors that it is often categorised against. The intention of the new version is that it fills the white space between point solutions such as CRM, ERP and specialist software. It enables organisations and their people to manage every workflow, project and process in a code free way using monday.com.

Having said that, monday.com enables people to work in a code free environment. It has also announced monday Apps for developers. This enables developers to create custom widgets, workflows and intergrations that are beyond the capability of the code free solution. monday.com that in combination, this will enable organisations to eliminate manual processes. Perhaps this will eliminate the use of paper for the first time.

Whats in this release 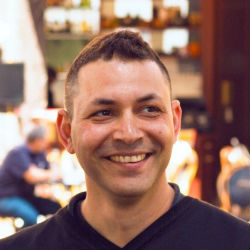 This announcement is less a new product but more a milestone in development that monday.com has attained with its platform. In a webinar hosted by Roy Mann, Founder & CEO and Ran Zinman Founder and CTO, monday.com. Mann noted that “monday.com is now a lot more than project management. You can plan track and run any process and workflow in your team and company”

The recent improvements include:

monday.com did not restrict itself to announcing what is in this release it also indicated what it is working on now. These features should be available in beta during Q1 2020.

A major update but with probably the biggest announcement not quite available. While the enhancements to the monday.com platform look solid they appear, at first glance, to be mainly iterative.

There are also a lot of questions around the monday Apps announcement. What kind of developer platform will monday.com provide? Will there be a sandbox for developer to test and a staging environment? What developer tools are they providing? Can developers ensure that their code is maintainable with future releases?

While monday.com is promising to open up a marketplace for developers to share apps will this be an business opportunity for ISVs? They also have to make decisions about maintaining the quality of code on the marketplace and certifying shared apps. This is not a simple process and they will have to make more details public.

Their stated timescale may be longer than two months. Workday has already found it can take a considerable time to build a robust and trustworthy marketplace of apps.