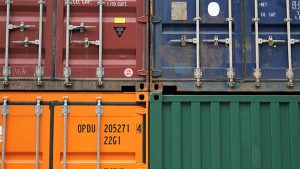 Trilio has announced the technical preview of TrilioVault for Kubernetes. The solution has also achieved Red Hat Container Certification. This is a significant move by the data protection and application resiliency vendor. Trilio is showing the technical preview at KubeCon in San Diego. It will be available in Beta in Q1/2020 and be generally available in Q2/2020. Support for additional container environments will follow later in 2020.

David Safaii, CEO at Trilio said: “TrilioVault made significant inroads into the virtualization market by offering an agentless approach for scale-out, multi-tenant environments. Our core architectural approach is ideal not only for data protection in container environments that IT Infrastructure Managers crave, but also for application lifecycle management of those workloads for the DevOps community that aids in the acceleration of development cycles on an application’s journey into production.

“It’s an opportunity we plan to take full advantage of as more enterprise container workloads move to production in public and private cloud infrastructure deployments next year and beyond. Wherever container-based applications live, Trilio will be there to provide resiliency, recoverability and version control.”

What does TrilioVault offer?

Enterprise Times spoke to Safaii ahead of the announcement. Safaii talked about how Trilio was seeing container deployments evolve and what Trilio did. ET was interested in what TrilioVault offered container owners. Safaii said: “We give people the ability to capture an exact point in time. It’s like a time machine. It captures the app, metadata and the container at a given moment in time. The capture can be stored anywhere.”

To explain what this means Safaii used the example of a ransomware attack. Customers can scan all their backups and find out when the ransomware was introduced into their environment. It then allows them to rollback to before the attack started. This is something that many backup vendors and security companies offer. The difference between their offerings and Trilio is the use of the open backup schema. It does not need any vendor to write to it as nothing is stored using a proprietary format.

There is another question here as to why a backup tool is required for containers. Take a purest view and containers are simply micro-services that can be easily scaled. Many will have a very short time to live and are constantly being instantiated and torn down.

However, listen to stories of those deploying them and a different picture emerges. Last year at KubeSec in Seattle, people talked about containers with hundreds of gigabytes of data. In effect, they are using them like virtual machines. Safaii said that this is what he has seen with virtualisation.

“People begin building for stateless apps. As soon as you introduce the database, stateful arrives. People are using containers as lightweight VMs. This is where we help by providing the ability to capture everything.”

But who is this targeted at? Safaii told ET that many of their large customers worked in transaction driven environments. As a result, they need to be able to capture the exact state of the application and its data. It allows them to deal with issues such as which transactions to roll back and which have completed their commit phase.

There is also a lot of DevOps interest. The issue here, according to Safaii, is that: “Those who are doing DevOps want a way to version and rollback. We are seeing a lot of interest in this in the VM space.” Greying the lines between backup and version control doesn’t make a lot of sense. It risks creating confusion over what IT has when it comes to protecting solutions.

Is this the answer to the multi-cloud migration challenge?

Trilio has been very active in the Open Infrastructure space for some time. One of the challenges for OpenStack and the wider multi-cloud market has been cross platform migration. OpenStack showed how it could deploy the same app to over 20 different distributions two years ago. What it has struggled with is how to migrate just as seamlessly due to the problem of dependencies.

One of the big disaster recovery challenges has always been the risk that something wasn’t backed up and that the DR would fail. Is Safaii right? Is Trilio the app that many IT operations teams have been waiting for? That is something that only its customers can say. What is clear is that it is seeing customers migrating apps across different clouds and that is why it is talking about supporting multiple container instantiations later in 2020. For now, the focus is solely on Kubernetes.

This announcement is interesting. The ease with which customers can deploy this, the ability to capture everything in one shot, the use of open backup to allow security scans, these are all pain points for many organisations. Add to this that Trilio believes it can also make migration across cloud instances seamless and this seems almost too good to be true.

At the moment, the attention is on the existing customer base, many of whom are large organisations. However, there is a significant opportunity here in the cloud space with MSPs who could add this to their own backup and migration toolkit. Will we see a rash of new customer wins in this space come Q1 or Q2/2020?

The one thing that isn’t there yet is an ecosystem. While Safaii says that Trilio has a lot of its own drivers and plugins, customers will inevitably want more. This is where open source is at its best with people writing drivers and gifting them to the community. It will be interesting to see how many people jump in to contribute code as TrilioVault goes GA.