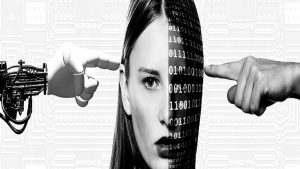 Enterprise Times had a wide-ranging talk with Bart Schouw, Chief Evangelist at Software AG. Bart started his career in IT after graduating in Business Administration and has 20+ years of experience in the field. He is the driving force behind many innovative projects taking place in the company.

In this article, we focus on the key societal trends, business will need to pay attention to  in order to survive. Bart suggests there are three megatrends enterprises have to deal with in contemporary society. The aging society, the surveillance society and the experience society. “We all have to come to terms with the dangers and pitfalls of this new world. There is no escaping.”

He suggests we are all heading for a demographic nightmare. The majority of countries in the developed world have aging populations. This is due to welfare increases prolonging life expectancy. Furthermore, birth control has reduced family size to 1.7 children per family in the UK.

Currently in the UK, there are 10 people supporting one elderly person above 65. By the year 2036, just 1 generation away, you will have only three people to support each elderly person. The result is potentially devastating economically. “We will be so busy caring for parents that we unable to produce anymore,” Schouw notes. McKinsey estimates that if no action is taken, then GDP will drop 40%.

Possible solutions to this issue include extending the working age of the population. The retirement age has already been raised in the UK and Ireland. Spain, Germany and France are also about to raise their respective retirement age. Schouw also sees anecdotal evidence of changing business behaviours. For instance, he has observed the increased use of senior citizens as air stewards in many airlines.

From Metropolis to The Terminator

Automation and the use of robots has often been cited as the potential economic saviours for business. Schouw says robots have sparked the imagination of many. He believes the current adoption of robots is still frustrated by our fear, especially in western society. This is despite the advances made in the scientific and technical advances in robotic design and functioning.

“For decades Hollywood and other filmmakers have shaped how we view robots. They have cultivated our fear of robots taking over society, starting with Metropolis, all the way to Terminator,“ he says.

Let robots do the work

Schouw believes the West may have to learn from Asia. Singapore, South Korea and Japan use robots much more widely then most European and North American countries.

According to Schouw, the Japanese adore robots. Unlike westerners, there is little fear. This is rooted in a Japanese philosophy called Karikuri. The idea is that everything has a soul, not only the living, but also objects, including robots. They go to the extreme with this. There are many places throughout Japan where people organise funerals for deceased robots.

Robots are expected to replace humans in the areas where it is dirty and dangerous. For example, robots are used at Fukushima to clean up areas no one can enter yet. Schouw believes society will eventually accept robots in places where we will have shortage of skilled labour. Areas such as construction, farming, logistics and 911 dispatchers.

He expects robots will take many shapes. Paired with AI, they will gain the ability to operate and respond autonomously in our world. A self-driving car remains essentially a robot.

Schouw is more concerned with how society deals with uncertainty and risk. This leads to the second megatrend – the rise of the surveillance society.

He suggests the need to control a world that is filled with information overload is growing by the day. The world has generally experienced an unparalleled period of peace and prosperity. As a result of the absence of war, governments bring up new threats to unite and give society a purpose. Some commentators have suggested that when society solves a big problem, it will automatically look for the next big one.

Schouw cites the study led by social psychologist, Daniel Sullivan of the University of Kansas. Sullivan’s research indicates that enemies can give society comfort in the face of uncertainty. Instead of believing that bad things happen for no reason, enemies give citizens a sense of control. This allows nations or communities to attribute bad things to a clear cause that can be understood, contained, and controlled. Common enemies can also serve to unite people.

According to Schouw, the urge for control by a society is dependent on the type of regime. China has introduced a social scoring system, based on automated surveillance systems powered by AI.

Everyone collects points. The score is a maximum of 1000 which is an A. Below 600 is a D, and an individual is considered untrustworthy. Individuals can gain points by donating blood or money to charity. Alternatively, they can engage in charity work, praise the government on social media or help the poor.

If an individual is considered untrustworthy, the penalties can be severe. People are already banned from airplanes and trains (currently 23 million people). Or not allowed to buy a business class ticket, so clamping down on luxury. Internet speed can be throttled, and their children banned from the best school. It can keep an individual out of the best jobs and the best hotels. There are even individuals who had their dog taken away (if seen walking it without a leash). Finally an individual can be publicly shamed.

Computer scientist Yoshua Bengio, considered one of the three “godfathers” of deep learning discussed his concerns in a Bloomberg interview. Bengio expressed anxiety about how China is using the technology he helped develop to monitor and manipulate large populations. He is very pessimistic and calls the new Social Credit System, China’s 1984 Big Brother.

According to Schouw, the new generation ‘does stuff’ rather then ‘own stuff.’ “The must-haves for previous generations – cars, luxury bags, TVs – simply aren’t as important for today’s consumer”. Millennials – those born between 1980 and 2000 – are either putting off big buys, or avoiding them altogether. He explains there are several reasons.

Environmental activist, Greta Thunberg, demands we be more efficient with our resources to evade a global catastrophe. Owning stuff, might be a comfort and a luxury, but it is not the most effective use of scarce resources. Millennials are taking heed.

When millennials need to buy something, they want it to be a unique experience. This is driving a lot of companies to the ‘economy of one’ – customisation of products to be delivered on demand. Nike has been exploring this model for the past few years. Schouw expects to see more of this trend going forward, particularly with the advancement of 3D printers. Individuals may order online and then visit a store in the city centre, to have the product 3D printed immediately.

The sharing economy is inevitable

Schouw concludes the sharing economy is inevitable. “Society can’t afford the luxury of owning anymore and the current generation is not interested in ownership. Welcome to the world where we will AIR BNB everything.”

He adds, “Businesses will have to adapt products, solutions and services to meet and cope with this new world. Products may need to be offered as part of a bigger proposition to draw in consumers at scale. Making an intelligent product part of a smart sharing platform is an option.”

“When enterprises undertake this, they will create the next-generation of architecture that enables survival into the next digital transformation wave. We call this the distributed intelligent integration fabric. IT is going to be a tsunami,” says Schouw.