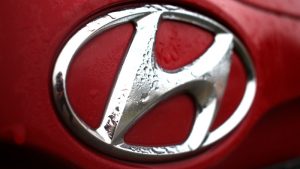 Nicolas Jacquet, Marketing Director of Hdac Korean branch, introduced the company’s current business state as well as its objectives. This includes its plans for new blockchain development, a blockchain emerging fund and for case studies applicable to enterprise solution implementation. Among its strategies are ones specific to e-sports marketing and listing on global exchanges.

Hdac announced that it has initiated development of a new blockchain project named Friday. Blockchain Friday will be PoS-based, which it considers better suited for an IoT ecosystem. The goal of the project is to launch a testnet in November and the mainnet in the first quarter of 2020.

Friday Consensus is a consensus algorithm which aims to provide a balance across the three main aspects associated with decentralised platforms:

The goal – by securing scalability and processing speed while delivering Smart Contract functionality – is to make a platform suitable for:

The economics and a VM

From an economics viewpoint, the project will seek to devise and implement a fair way to provide compensation to those participants who make the larger contributions to the ecosystem. Such a method will:

Hdac also signed a collaboration deal with globally acknowledged startup CasperLabs which is developing Casper-CBC based CPoS (Correct-Proof-of-Stake) blockchain. Both corporations are, together, developing a VM (Virtual Machine) based on WebAssembly. The idea here is to:

To demonstrate the expanding provision of its enterprise blockchain solution across public and private sectors, Hdac provided details on its recent PoC (Proof-of-Concept). It conducted this with the Manufacturing Engineering Research & Development Center of Hyundai Motor Company.  As a part of its innovation effort, Hyundai is currently working on new technologies. Among these are a blockchain-based project to secure irreversibility, security and integrity of data generated by production facilities.

From May to August 2019, the two organisations successfully finished their PoC of ‘blockchain-based production history and product quality data management technology’. This demonstrated:

From this PoC, Hdac will expand the scope of collaboration with Hyundai Motor Company’s Manufacturing Engineering Research & Development Center to employ blockchain.

Also, according to Hdac, there will be another PoC with a construction company (from the pan-Hyundai family group) where the goal will be to combine blockchain technology with an open smart home service platform.

“Hdac aims to provide enterprise solution with better security by integrating blockchain technology with IoT, big data, and cloud, which are driving forces of the era of the Fourth Industrial Revolution. With the development of new blockchain, Hdac will be reformed as a blockchain platform better optimized for the IoT environment and payment services,” said Hdac founder Dae-un Chung

Hdac will also start esports marketing. This will target millennials and the Z-generation who will play, in Hdac’s view, the leading role in oncoming blockchain economy. The objective is to enhance global exposure and secure consumers with user-friendly marketing strategy focused on a generation sensitive to new technologies and trends.

For this, Hdac has contracted pro-esports team G2 Esports (“G2”). G2 is a leader in European esports team technologies – with nine teams for each game league and including:

With G2, Hdac will focus on a multi-directional marketing approach – which exploits media channels such as Youtube or Twitch – appropriate to influential players. Hdac will also collaborate with esports channel ‘SBS AfreecaTV’, created by broadcaster SBS and internet media AfreecaTV, to maximise marketing effects.

Besides all the above, perhaps the most significant aspect of the recent Hdac announcement was its commitment to list itself on global exchanges, specifically in Europe and the US. So far, Hdac has listed on Asian exchanges – including Bithum, GDAC, CoinBene and Bibox. As of September 30th, Hdac lists on European exchange LATOKEN. By  the end of the year, it should list on Bitrrex of North America (one of the larger global exchanges).

Hdac is moving ahead on a broad set of fronts which embraces manufacturing and e-sports. Delivering dependable blockchain implementations which do not lose specific-industry focus will be a tough challenge – even with Hdac backed by the ‘Hyundai name’