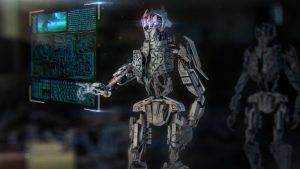 Enterprise Times recently had the opportunity to catch up with Fred Laluyaux, CEO of Aera Technology. ET previously spoke to Laluyaux last year. Since that time the company has been quietly working on evolving its product and offering.

In a few weeks time Aera will announce a major product update as it starts to emerge from its pilot phase.

What is the promise?

It has been working with a handful of customers to develop its cognitive technology. Sometimes categorised as an AI company, Aera has developed a platform that does far more than this. Its solution complements rather than replaces ERP and is already delivering significant value to its pilot customers. Those customers include some household names including Johnson & Johnson, Merck KGaA, Zoetis and RB. What has caught these major companies interest?

Laluyaux believes that Aera can offer something completely different. He commented: “Giving people tools and data is a thing of the past. You cannot come with ‘I am going to show you a better tool than you one you have’”.

This is not, therefore, about improving the processes that customers already have but delivering new insights and decisions. He equated it to the automation of financial trading. In financial services trading is now mainly done in the blink of an eye by computers rather than human traders. Executives do not want something that is better than what they had before, they want a solution that will assist them through a digital transformation. That transformation, in some cases, is not yet even defined.

Laluyaux believes that Aera has that tool. Having been CEO and President at Anaplan his view carries weight. Pilot customers seem to enforce his view and other senior business leaders are taking notice in the conversations he has had with them. He explained that digital transformation is concerning executives at the highest level.

What he did not expect, when he started talking to enterprises, was the rapidity with which the conversations reached one of the top five execs in each major corporation he dealt with. It shows that the Aera Technology and its ability to assist those organisations is hitting a need that they have had for some time. Laluyaux added that one of the phrases he had heard was “Where have you been?”

Making a difference in the supply chain

The Aera platform is already making a difference for supply chains. Neil Ackerman, Senior Director of Global Supply Chain, Enterprise Planning and Innovation, Johnson  & Johnson commented in a recent webinar: “Supply chain is really a competitive advantage when you really knock it out of the park.” Johnson & Johnson is one of the early adopters or Aera and has trialled it in a single division.

The difference Aera has made, is substantial. Ackerman stated: “What I think matters here is what’s made us so good lately is we have been able to move towards a self-driving supply chain. With Aera, they have helped us self-drive this machine in one of our divisions. Our accuracy was good, but it wasn’t great before. Now, we can define it as great in this particular division.”

It seems likely that Johnson and Johnson will continue to expand its use of Aera. What makes it so different though? The Aera platform is not just the clever use of AI. It broadly consists of several components. Aera searches, extracts and normalises data from an organisations’ data repositories. It uses techniques similar to Google crawlers to do this, extracting key information for its cognitive layer that will then apply intelligence. That intelligence surfaces insights about a company’ supply chain using skills (algorithms) that Aera has defined. Laluyaux described this as “Cognitive technology that enables the self-driving enterprises.”

What is clever is that the platform does more than this. It is not aimed to supplant the data scientists within an organisation but to assist them. The Aera platform is able to take algorithms from those enterprise data scientists and use it on the platform with the data. As Laluyaux puts it: “Here is a tool that allows you to orchestrate your rules.”

Why RDA is becoming a reality

In the same way that it doesn’t replace data scientist it doesn’t replace the ERP, it just enhances it. It can provide augmented intelligence to enable companies to improve supply chain routes. For example, Johnson & Johnson are using the platform to provide more accurate delivery dates. Where Area is different is that it enables RDA, robotic decision automation. This  goes a step beyond RPA which merely repeats a process in an automated fashion. Once the integration between the AERA platform and the ERP is complete, it can actually initiate and carry out decisions and processes without human intervention within careful defined boundaries.

The solution will provide insights to users on how to improve their supply chain. This can both be either through augmentation or automated. Initially Aera believed that most companies would want the process to augment humans in the work place. However, Laluyaux was surprised that some organisations felt that automation was actually better.

The reason is that experienced supply chain planners are now rare. Some organisations feel that their planning capability is not as good as it was twenty years ago. Once customers have tested the solution and seen the difference that it made, they are starting to expand use of it.

Laluyaux has now changes his initial messaging and believes Aera: “Builds technology that allows non digital companies to run as a digital native. We enable 100 year old companies to compete and survive in the digital world.” It seems a bold claim and yet the few early adopters are advocates.

Is it ready for general availability? Not quite yet. Aera still needs to productise the solution so that it can scale rapidly. How far it is on that journey it may reveal in the next few weeks. There are other challenges ahead as well. ET asked Laluyaux about ethics. While companies are able to build in Ethics rules into their skills, it is still early days and the implications are not yet fully worked out.

Another is who owns the technology? Is it business or IT? It is a question that companies need to answer and it may vary for each company. If the algorithms are primarily Aera’s then there is an argument to say IT would take the blame when they fail, but if they succeed In delivering improvements they should gain the credit. In organisations that still have their own data scientists and expert planners it is more open to question. Aera is on the cusp of growth, the confidence is high and the next few months should see it execute. It is company that is worth keeping an eye on.