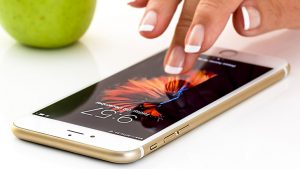 The average cost per gigabyte among the three cheapest countries for mobile data were India $0.26 (£0.20), Kyrgyzstan $0.27 (£0.21) and Kazakhstan $0.49 (£0.38). It would be easy to look at these numbers and talk about relative earnings and pricing. So what about other European countries to put the UK in perspective?

How was the survey carried out?

To understand the cost is of accessing mobile data, Cable.co.uk looked at over 6,313 data plans across 230 countries. It identified the average cost per gigabyte of data along with the cheapest and most expensive plans.

According to the press release: “All prices gathered were for SIM-only mobile plans that often also include a quantity of calls and texts. ‘Pure data’ plans such as those designed for tablets or laptops have also been included to provide the broadest balance of mobile data costing only mobile SIMs have been included in this study. On the one hand, this does mean that many of these SIMs include calling packages as well as the data, which could be construed as a confounding variable.

“However, mobile SIMs are the same the world over. They include some data, and a certain amount of free texts or calls, or in some cases, especially in locations where network infrastructure runs a very real risk of being overutilised, minutes and texts comprise additional costs. One could argue, therefore, that there may be some locations where the ‘cost of 1GB’ could be less than the averages recorded, if data-only SIMs were swapped in place of regular mobile SIMs.”

The report’s authors also stress that they deliberately chose consumer SIMs rather than tourist or business SIMs. In general, these can often be cheaper as they are aimed specifically at the majority of the local population rather than a specific group.

The demand for mobile data continues to explode

The demand for mobile data continues to grow. In some parts of the world this is because there is no alternative. Building out fixed infrastructure in some regions is a non starter. Cost, theft of copper, political instability are all contributors to this lack of investment in fixed lines. In addition to overcoming much of this, mobile has another advantage, upgradeability.

Even where some degree of fibre rather than copper is dug into the ground, it is inflexible and costly to upgrade. Mobile is much easier as it is about updating base stations and improving the back haul. The upgrade of the base station is increasingly being done through the use of software and virtualisation. This makes mobile a highly flexible and cost effective solution.

There is also significant business drive for mobile data. Organisations from governments to businesses, charities to media companies are all going online. The explosion of cloud computing means that employees are expected to be able to connect and work wherever they are. All of these are driving the demand for more mobile data with 5G expected to be a significant boost in this area.

Some questions over pricing and costs

Dan Howdle, consumer telecoms analyst at Cable.co.uk, commented: “Many of the cheapest countries in which to buy mobile data fall roughly into one of two categories. Some have excellent mobile and fixed broadband infrastructure and so providers are able to offer large amounts of data, which brings down the price per gigabyte. Others with less advanced broadband networks are heavily reliant on mobile data and the economy dictates that prices must be low, as that’s what people can afford.

“At the more expensive end of the list, we have countries where often the infrastructure isn’t great but also where consumption is very small. People often buying data packages of just a tens of megabytes at a time, making a gigabyte a relatively large and therefore expensive amount of data to buy. Many countries in the middle of the list have good infrastructure and competitive mobile markets, and while their prices aren’t among the cheapest in the world they wouldn’t necessarily be considered expensive by its consumers.”

Overall, Howdle’s comments make sense but there are anomalies. Switzerland has good infrastructure and a high level of usage. However, its average cost per gigabyte is $20.25 (£15.58).

South Korea is another anomaly. It has invested significantly in both mobile and fixed infrastructure. It is often held up as one of the shining stars of broadband speed. However, its average per gigabyte is $15.18 (£11.68). It is also a leader when it comes to the use of virtualisation in its mobile networks to adapt to demand and deliver new services. It is unclear from Howdle’s data why South Korea is so expensive.

Some of the numbers in this report are unsurprising. The very high costs in Zimbabwe, Saint Helena and the Falkland Islands are only to be expected. The bigger questions are around the large established economies such as the UK, Germany, Belgium and the US.

All of these have very high charge rates and all have problems with legacy networks. They are also countries where there is a significant expectation of 5G delivering greater coverage. The question is whether they can improve coverage without pushing those average per gigabyte prices up?

In Europe, regulators may well look at this report and wonder if they need to get involved to bring prices down. It is, at the moment, unlikely as they see good competition across all the markets. However, in the UK as it prepares for Brexit there will be concern. There is no guarantee that the European telcos will continue with the current pricing structure for roaming data. This will drive data costs up for businesses and consumers. It will also put pressure on UK operators to increase their costs as they pay higher prices for 5G infrastructure.

For now, businesses and consumers need to shop around more when it comes to mobile data plans. They also need to consider making better use of WiFi where it is available. There is a caveat here. Attacks on free WiFi hotspots are fairly common. Irrespective of the network carrier, users should make sure that they take advantage of VPN and other security software to protect themselves.