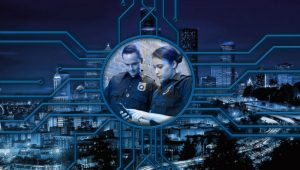 Attivo Networks has extended its suite of deception tools by adding the Informer to its ThreatDefend Platform. The Informer will deliver real-time forensics of an attack. This allows defenders to see what an attacker is doing and use that data to plan their own response and remediation.

Forensics of an attack in action is often hard to get. Importantly, the process of responding to an attack, often destroys forensic data. This prevents law enforcement and investigators from getting a deep insight into an attack and build a case to prosecute.

One of the key benefits that Attivo Networks is touting for the Informer, is the ability to reduce dwell time. Dwell time is the length of time an attacker sits inside a network before they are detected. Having the ability to understand how the attacker got in, what they are doing and where they have been will allow defenders to change their defensive posture and close vulnerabilities.

According to Tushar Kothari, CEO of Attivo Networks: “As attackers become more sophisticated, it’s critical to not only detect their presence but also gain valuable adversary intelligence to anticipate the attacker’s strategy. With the Informer solution from Attivo, defenders now have a more complete view of the attack, can predict where the attacker will move, and can adjust their defenses accordingly to mitigate the risk of a breach.”

What does the Informer provide?

The press release highlights five areas where the Informer will provide more information. These are:

Unsurprisingly, Attivo Networks is claiming that the Informer will deliver a demonstrable improvement in the ability to detect and respond to attacks. It certainly offers a set of capabilities that should improve life for defenders but by how much and how effectively, remains to be seen.

The ability to provide forensic insight is something that most security tools lack. That is because they are focused on helping customers remediate attacks. While this should always be the main focus, unless defenders know how an attack took place, where the attacker has been and what they have done, it is hard to know the impact of an attack.

Given the increased emphasis on privacy through compliance, the Informer announcement could be a clever play. Knowing you have had a breach and knowing exactly what has been stolen and over how long are two different things. The latter is essential to identify and remediate the problem. It seems that the Informer could well be that missing piece of the puzzle that many security teams lack.