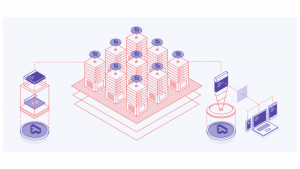 Transmute has launched an initiative to bring the power of distributed ledger technology (DLT) to the enterprise.

Along with the launch, Transmute also announced it has received $1M in pre-seed funding.

“The rise of DLT is inevitable, and the shift to decentralized applications is going to be as disruptive to the enterprise as the transition to cloud computing was,” said Transmute CEO, Karyl Fowler. “During the transition to cloud, we saw a massive demand for tools that bridged existing IT investments with the next wave of development. With Transmute, enterprise development teams can use their existing resources to build safer, superior decentralized applications while retaining the scalability of centralized cloud providers. It’s really the best of both worlds.”

Transmute’s initial target customers are Fortune 1000 companies. These typically manage up to 1000 centralized applications as part of their workflows. So many presents immense data security challenges.

By integrating traditional centralized directories with the decentralized, distributed cryptography which powers blockchain, Transmute aims to make it possible for enterprises to deploy DLT when and where this delivers both value and security, yet using code enterprises have already written. It believes the initial use case will be Identity and Access Management (IAM). It hopes to launch Transmute ID later in 2019.

With Transmute, enterprises are able to use existing development resources and infrastructure to build decentralized applications. The company’s event-sourced framework, released earlier in 2018, is compatible with functional languages and standard identity concepts. For example, this supports Javascript which means developers can continue using the tools and frameworks they do today, like React and Redux. Furthermore, Transmute solutions:

“Breaches like Equifax are showing how vulnerable centralized infrastructures can be, and these infrastructures are commonplace across the enterprise,” said Transmute CTO, Orie Steele. “At the same time, the immense benefits of DLT and distributed cryptography come with a heavy setup cost and usability challenges. That’s why we’ve been focused on building a company that enables enterprise dev teams to solve their identity management problem and their application development problem, using code they’ve already written.”

The Transmute Platform relies on JavaScript. This can be used to develop applications which leverage many web technologies. The Platform makes use of a variety of infrastructure technologies, including Kubernetes and OpenFaaS. These provide a
common operational language for both:

The Platform offers an interface for managing standalone services, reviewing analytics, and performing backups. In addition to services, such as hosted IPFS and Ethereum nodes, Transmute provides hosted versions (of the decentralised platform) in order to assist users to get up and running quickly.

Complementing this, the Transmute Protocol defines how users in a decentralised cloud network interact. The protocol has two key responsibilities:

Transmute is a start-up, as evidenced by the relatively small US$1M pre-seed funding. Whether its objectives are attainable is for the future.

The potential attraction of the Transmute platform for enterprises is straightforward. If existing applications – and development skills – can become ‘blockchain-ed’, rather than requiring massive amounts of reworking or recreation or new skills, then the economics will speak for themselves.

Delivering this will be a major achievement for Transmute. Nevertheless, enterprises should investigate and judge for themselves.