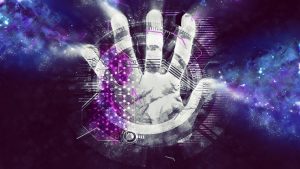 Security experts Carbon Black warn that cyber attacks are becoming increasingly sophisticated. It calls out the rise of nation state sponsored groups as one of the causes. These groups are upskilling themselves and playing a much longer game, one that is more associated with intelligence agencies and spies than hackers.

This does not mean that they are eschewing the mundane attacks of malware, cryptojacking and ransomware. After all, these are responsible for generating vast amounts of money for those groups. The end goal seems to be being able to stay undetected inside the enterprises they’ve attacked.

This is, of course, nothing new. Advanced Persistent Threats (APTs) are typical of this type of long term attack. Many of them have a life span of at least five years and involve several phases of attack and evolution. They all have a few things in common:

Carbon Black has called out another thing that all these groups have in common. The end goal is not actually IP theft, or just traditional financial gains, but actually espionage.

This is of real concern to many enterprises especially as there is an increase in those paying up when hit with ransomware. Security researchers are seeing details of targets often sold on after the attack. Now, it seems, those same attackers are keeping a foot in the door for later.

Enterprise Times (ET) talked with Tom Kellermann, Chief Cybersecurity Officer at Carbon Black and Rick McElroy, Head of Security Strategy at Carbon Black to get more details on this.

Each of the four countries named by Kellermann has its own reasons for sponsoring hacking groups. This include:

In addition to sponsoring hacking teams, all of these countries trade cyber attack data on the dark web. They make attacks available to the wider hacking community and leak data to enable attacks to take place.

The problem of attribution

One problem that is often overlooked is attribution over an attack. It is easy to write an attack that mimics that from another hacking group or country. What is harder to mimic is the construction of the attack and the minor details in the code. Poor attribution means that it is hard for intelligence agencies to estimate the size of the threat.

This problem is exacerbated by the sharing of attacks. It means that the attacks can come from a number of unexpected sources. However, where the sharing includes access to the source code it does become easier to identify the skilled attacker from the bumbling amateur due to the changes they make

According to McElroy: “We fingerprint by other things than the code. People work the same way on different projects. We put things together to understand the code and the attack. We are also getting better about source origin.” One of the reasons why this is important is that amateurs are looking for a quick result while the nation state teams are looking for a long term play. Identify the difference in each attack and it can help guide defensive responses.

McElroy told us that training hackers and deploying the right tools to breach targets is being done on the dark web. It is relatively simple for anyone to learn the basics of hacking and cheap to buy access to the resources for an effective hacking kit. Hackers are able to join online classes in new techniques and these are about far more than just breaching systems.

What is worrying cyber security teams is the rise in countermeasures being deployed by attackers. They are creating attacks that are not just difficult to spot but also difficult to trace. When the attacks are over, they delete all the files used leaving, at best, just file fragments. This means that forensic investigation teams struggle to identify many of the attack vectors and even the real targets.

Spending money to defeat attackers is a pointless task. McElroy estimates that $96 billion is being spent today to disrupt the attackers. To match the spending of the attackers, McElroy said defenders would need to spend 10x more than today. The emphasis on what is defended also has to change. Companies are so stretched that they are not able to effectively patch systems.

What does defence have to do?

Defence needs to evolve. Rather than react to attack there needs to be a better killchain. This means early identification which can only happen with complete visibility over all the systems and devices an enterprise uses. For many this is impossible as they have no effective asset register that covers basic IT let alone IoT and end-user owned devices. It is not just about the assets. Security teams need to know what is running on every device and what should not be allowed to run. Unless they can identify bad processes they won’t spot attacks until it is too late.

End user organisations need better playbooks to guide their responses. These should not be cast in stone but should adapt to keep pace with the attackers. Current approaches tend to have a very fixed end point – virus cleaned, data restored. They need to do deeper checks into systems to see what has changed or been left behind by the attackers.

There is a need to train teams in forensic awareness. The focus on restoring services often means that data that would identify attackers is lost. Law enforcement needs data that meets evidential standards in order to prosecute. There is a big gap between what is gathered and what is lost.

Hunt quietly is another approach that Carbon Black recommends. Most cybersecurity teams tramp around systems like guards marching around a building. Kellerman believes that we need to be more gamekeeper and hunter/killer than high profile security guard. It is a balance. Overt security puts off a proportion of attackers. A covert approach catches those that get through the lines.

To defeat a sophisticated attacker we need skills, investment and a rethink of how cybersecurity should work. The problem is that we lack the first two and the third requires people to step back. Stepping back when you are firefighting to keep operational is difficult.

Kellerman and McElroy both believe that there is insufficient sharing between different agencies. This is not just between governments but also includes government to business, business to business and importantly, inside organisations.

Regulators in the financial markets have created ways to allow companies to share threat intelligence without breaching compliance laws. Businesses are beginning to put more anonymised data into threat intelligence projects that share the data widely. The latter is essential for the cyber security industry. Without a large enough pool of data, it is hard to train tools effectively. Many of the new tools on the market that rely on machine learning and AI are often trained on very small data sets. It takes greater exposure for them to be realistically effective.

Inside organisations there is much more needed to stop being victims. This includes user training, IT training as well as investment in the security teams. Without this organisations will continue to be easy targets. One of the big things that has to be done is a change of conversation with the board. Kellerman agrees that when we talk cybersecurity, the board shuts down. Talk risk and you have their attention.