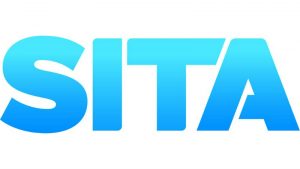 SITA, the air transport industry’s technology provider, has announced the launch of an airline industry research project to explore the potential of blockchain. More than 100 top IT executives, attending SITA’s Customer Innovation Forum, were invited to join the Aviation Blockchain Sandbox.

Barbara Dalibard, CEO, SITA, said: “Today we are inviting air transport organizations to work together so that we can collectively see how blockchain could work across our industry. Blockchain holds many promises but exploring these in individual organizations is not the most productive. As the technology company owned by airlines, SITA is in a position to work neutrally with multiple stakeholders to explore and test multi-enterprise applications. Through this collaborative innovation we will accelerate the learning for all.”

SITA is investing in infrastructure to accelerate industry-specific research into the viability of running multi-enterprise apps using distributed ledger technology (blockchains). The Company is welcoming interested industry players to use its Aviation Blockchain Sandbox, and at no cost.

The airline industry has a long history of sharing information across multiple stakeholders in the quest to deliver efficiency. At times, however, it has faced difficulties when proprietary business information conflicts with the needs of multiple users. This has constrained progress.

For SITA and its member airlines, one of the key benefits of blockchain technology is multi-enterprise applications. These work across multiple organizations. Data locks immutably into the blockchain rather than, as now, requiring individual applications to run separately and exchange data on a case-by-case basis. Such multi-applications have the merit of providing a ‘single source of truth’ to all stakeholders.

For simple example: consider a ticket (or e-ticket). One airline issues this. Other airlines may need to validate such a third party ticket before they can accept it. If the ticket identifier is written to a blockchain, all can see its validity and the terms on which it took place.

The Aviation Blockchain Sandbox will be led and managed by SITA Lab, SITA’s technology research team. It will develop in three stages.

In the first, SITA will open the FlightChain project to airlines and airports in September. FlightChain was SITA’s blockchain trial, conducted with British Airways, Heathrow, Geneva Airport and Miami International Airport. It uses smart contracts for shared control of data and stored flight information on the blockchain to provide a single source of truth. Now SITA is to offer this to other airlines and airports so that they can:

For the second collaborative stage, SITA will work with organisations which wish to test smart contracts across a number of airline and airport operational use cases. During the third stage, expected to start in late 2018, SITA will enable participants to run their own node(s). This will give participating organisations the opportunity to become involved and to participate in the running of the blockchain network, including becoming custodians.

Throughout all stages SITA is assuring participants that data being placed in the blockchain sandbox will be confidential. Dalibard concluded: “Since we published the results of the FlightChain research, many of our airline and airport customers have expressed an interest in exploring the opportunities of blockchain with us and some have already committed to the Aviation Blockchain Sandbox. We encourage airlines, airports, ground handlers, governments and other organizations with a role in the air transport industry to take advantage of this opportunity to innovate together.”

Earlier this week, Enterprise Times (ET) wrote about circumstances where blockchain was more likely to be appropriate. ET suggested that some four criteria applied:

SITA fits this bill as elegantly as do certain aspects of financial markets, trade finance and supply chains. Indeed, one could argue that this SITA blockchain innovation for the aviation industry is in fact supply chain writ different.