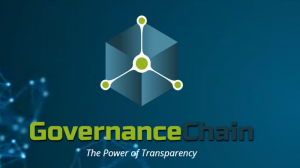 GovernanceChain has launched its first product, Track.Capital. It works with a customer’s existing accounting solution to provide an immutable third ledger. The objective is to ensure all parties reach agreement on all transactions.

“We strongly believe that triple entry accounting is a door for a new prosperous era, with better corporate governance for big companies, more funding for small and medium business, a rising market for auditing companies and less time to build M&A deals,” says Luiz Thome, CEO of GovernanceChain.

Track.Capital provides triple entry accounting by adding a universal third-party ledger built on blockchain technology. Triple entry accounting enhances the traditional double entry system by ensuring all accounting entries involving outside parties are cryptographically sealed by a third entry. Placed side by side, the bookkeeping entries of both parties to a given transaction are congruent. Part of the attraction is that this appears straightforward while adding blockchain-style security.

Traditionally, Seller A would post a debit to account for cash received, with a credit to (say) Sales as the balancing entry. The buyer would credit the bank account for the cash spent in the same transaction with a credit post to (say) Purchases. But these postings occur in separate sets of accounting records.

With Track.Capital, rather than these entries occurring separately in independent sets of account ledgers, they occur in the form of a transfer between wallet addresses in the same distributed, public ledger. This creates an interlocking system of enduring accounting records.

Because this uses blockchain technology, all entries are distributed and cryptographically sealed. Falsifying them in a credible way or destroying them to conceal activity is practically impossible.

GovernanceChain is a new company. This shows on its web site which has a dearth of detail or explanation about how its approach will work (slick, simplistic videos don’t count). While Track.Capital claims that its approach ‘simplifies multiple technological resources by bringing them to users in one easy-to-use platform’, there is insufficient to make any form of reasoned judgement.

This begs the question of why Enterprise Times should show interest.

The simplest explanation is that all enterprises have accounting. They must do. Yet there has always been the dichotomy that what Seller A posts in its books has no connection as to what Buyer B posts. The presumption is that there will be equal and opposite accounting entries. This, however, is only a presumption (if you want one proof, just look at the number of ‘failed’ transaction pairs which occur on stock exchanges or other securities markets which require manual error correction), with no ‘proof’.

Thus, despite insufficient data on which to judge, this concept of a triple entry should attract. Add to this the possibility of relatively easy integration with existing accounting systems and the reduction in errors and the attractions grows. It might even become Government mandated, which would allow (say) authorised tax authorities to see (but not alter) transaction records (see also here).

The blockchain/accounting arena is heating up. While Track.Capital is not a direct competitor to ILP, it operates in a similar space. Enterprises should monitor developments.