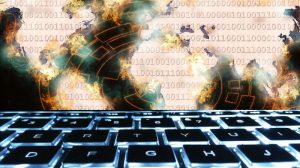 We know ransomware is currently one of the greatest threats in cybersecurity.

Once your organization has been hit, you’re likely to be targeted again. But how much do we understand its impact?

To gain greater insight into the risks of repeated ransomware attacks, Sophos commissioned The State of Endpoint Security Today.

This report details the findings of research among more than 2,700 IT decision-makers from mid-sized businesses across ten countries.

Despite the splash ransomware made in 2017, the survey found that organizations are still not fully prepared to face current threats. Over 50% of the organizations surveyed don’t have specific anti-ransomware technology or processes in place. This is despite that in 2017, attackers perfected their ransomware delivery techniques. The result was a series of global outbreaks such as WannaCry, NotPetya and Bad Rabbit.

Though most ransomware is hitting Windows users, it’s clear that people aren’t immune if they use other platforms. Mobile devices are particularly at risk. The amount of ransomware contaminating Android apps, whether they’re in Google Play or other online sources, is alarming.

Defending against the threat of ransomware

The threat of ransomware is going to get worse as attackers improve their tactics. What can businesses do?

Further cause for concern

The report also revealed a startling ignorance of exploits and anti-exploit technology – that is, technology that doesn’t rely on previously known and identified malware but rather watches for the exploits hackers prefer to use when creating malware. While millions of new types of malware are created every day – one every four seconds, by some estimations – hackers tend to rely on just a few specific tactics, or exploits, to make their malware effective. Technology that can spot use of an exploit immediately can stop malware before it takes hold. More than half of organizations don’t yet have anti-exploit technology, which exposes those businesses to these highly effective tactics by hackers.

Nearly 70% of IT professionals weren’t able to correctly define anti-exploit technology, despite those same professionals saying they understand it is critical to prevent modern, evolving attacks.

There is also a lack of understanding around predictive, next-generation technologies like machine or deep learning. More than half (56%) of respondents admit they don’t understand the differences between machine and deep learning. Though the understanding of the need for predictive, next generation technology is trending in the right direction – 60% of respondents are planning to implement such technology within a year – currently only 25% have such technology in place.

One challenge in this area is the size of the available training pool to develop machine learning technology. Training engines to identify malware requires a huge pool of data. Home-grown solutions often simply lack the amount of data they need to develop a functional, successful engine,. Even third-party solutions can come up short, either because of a lack of samples or because those organizations impacted by attacks don’t want to release information for fear word will get out they were hit by malware or ransomware. A solution with access to sufficient data to build an operational machine or deep learning solution, like Intercept X, which is backed up by the constantly expanding research and data collected by SophosLabs, is necessary to make the most of machine or deep learning capabilities.

The state of endpoint protection and how current attacks are impacting users and administrators may be worrying, but we’ve got good news. Deep learning provides the capability to identify malicious or potentially unwanted files without ever having seen them before, faster than the human mind can. This combined with anti-exploit technology to block the techniques attackers love to use makes for a powerful defence against the biggest threats to IT security today.

The Sophos Group is a leading global provider of cloud-enabled enduser and network security solutions, offering organisations end-to-end protection against known and unknown IT security threats through products that are easy to install, configure, update and maintain.

The Group has more than 30 years of experience in enterprise security and has built a portfolio of products that protect more than 260,000 organisations and more than 100 million endusers in 150 countries across a variety of industries.

A force for good: Technology in design and construction

Why cloud security is more important than ever

Why remote training is more important than ever

Tech start-ups must get investment ready for growth surge

Improving global project outcomes with an ERP for professional services

A force for good: Technology in design and construction