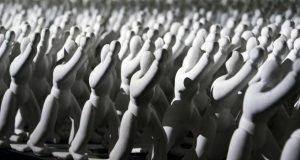 Support Revolution has announced the ongoing success of its software maintenance and support contract with Wirral Council.

Wirral Council is in the middle of a £4,000,000 transformation program to update its systems. One of the considerations was whether to upgrade the existing Oracle EBS system. Instead it decided to defer upgrading and outsource its support and maintenance contract. After a competitive tender with one other bidder it decided to opt for Support Revolution following a review that was completed in June 2015.

Jeff Ashworth, Head of Digital at Wirral Council said: “The council had a choice of upgrading E-Business Suite in order to retain support or looking for support elsewhere. Initially we considered moving to an entirely new platform, which would have been very costly. With Support Revolution we’ve been able to retain support at a far more competitive price, and also have the advantage that the team knows the council and systems, making any support requests far easier to resolve.”

The saving equates to £112,000 a year, a significant sum for a cash strapped council. Ashworth commented: “The projected savings were £112,000 per year, making our three year target £336,000—the saving which has been reached this year! This will continue and total savings will be £448,000 by the end of the 4th year.”

Support Revolution is one of several companies that offer support and maintenance contracts for legacy ERP systems such as SAP and Oracle. Globally the leader is probably Rimini Street, but there is a vibrant market in the UK with several national players as well.

Support Revolution is a sister company to PDG Consulting, a gold Oracle partner founded in 1998. Support Revolution was founded in 2012 in recognition that some customers did not want to go through the costly process of upgrading ERP software. Instead they needed ongoing support and maintenance for their ERP systems at a lower price to enable reinvestment in cloud solutions.  Support Revolution believes that its service offers a 50-90% saving over the Oracle direct offering.

The Oracle systems in use currently include cash management, CRM, procurement, general ledger, account payable & receivable. They have been in place for more than a decade but are approaching end of life.

Wirral Council took the sensible approach of reducing its overheads as it invests in a significant transformation plan. Those changes have included a call centre upgrade, upgrades to Windows 10 and Office 365. With Ashworth looking to end or at least downsize the support contract by 2020 there are major changes ahead. We asked Ashworth what the long-term plan for Oracle EBS is? He answered: “The long-term plan is indeed to move away from Oracle EBS. Wirral Council is starting to look at options—it’s likely to take a number of years to fully complete this move.”

With a transformation program already underway ET also asked whether that migration had started. He commented:” We have already migrated some of our forms to the cloud, and are currently in the process of moving our CRM system across. We plan to start the process to tender for a new ERP solution later this year.”

There are alternatives to upgrading older ERP solutions to the latest support versions. The Wirral Council experience proves, through the renewal that they work. It has freed up funds to further invest in its IT systems. It is demonstrating that other councils in a similar position can have a similar strategy.

Mark Smith, CEO, Support Revolution commented: “Councils across the UK, and indeed many other businesses, could benefit from similar savings by making the same switch, a simple choice when so many are trying to cut back and do more with less. Thousands could benefit from ditching their current support contract for one that offers a solution that’s just as good for a fraction of the price—a crucial move for UK government departments who are under immense pressure to still operate effectively, but with ever-reducing budgets.”

As Councils and other organisations look to the future, these support contracts will also reduce the revenues that Oracle and SAP receive from their legacy clients. However, what Support Revolution/PDG has done is create a situation where it continues to support and understand Wirral Council. This will help Oracle in the longer term. It should also ensure that Oracle cloud solutions are considered as part of that renewal process.