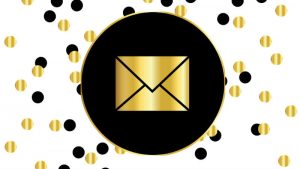 Accelo has announced a new raft of updates to its PSA solution.

In a separate blog founder and CEO Geoff McQueen gave details about the recent outage and rectification steps.

The focus for this latest release is the further improvement of email activities. This is not a major update that sees a completely new feature, instead it offers several step improvements to existing functionality. The details of the release including screenshots are included in a blog, the highlights are below.

While Accelo has integrations with collaboration tools such as Slack, Jira and Salesforce Chatter many companies still prefer to use email. This update contains several new features that enhance the functionality for collaboration via email.

It is now possible for Accelo users to forward any email, note, call or meeting that is visible to them in Accelo. All content from a previous email is included in the forwarded message. It works in the same way as Outlook or Gmail without having to leave the Accelo screen to do so. Forwarding a meeting invite does not however automatically invite the recipient to the meeting, nor will it create a calendar entry for them.

Importantly users are now able to forward the message, or indeed send any message to any person registered in their Accelo database. This includes both internal team members, other users of Accelo as well as any contact that has been added in Accelo. Historically this wasn’t possible, as only team members or project contributors could be added. According to the blog this drove clients “crazy!” The new feature allows the addition of any contact, searched for by name or company. Thus members of other project teams working in a programme can be included, or even potential contractors. If an individual isn’t already a contact Accelo also now allows the creation of an adhoc contact during the email creation process.

Finally Accelo has added the ability blind copy contacts. This helps the reduce volume of emails when recipients click reply all and means that ongoing conversations can be kept to a minimum. Key information can be shared with management or those related but not critical to the project.

In its previous update Accelo allowed users to use full rich text functionality in its messaging and email system. However, they are still working on the functionality to ingest such messages. This is probably the next update and will see ingested emails displayed with inline-images, bullet points, text colors in the same way that email software does.  Once completed, it will further reduce the number of times that users need to switch between email and Accelo during their working day.

Accelo recently suffered a major outage of just under two hours on 6th March. Importantly the company reacted quickly in a blog posted by Geoff McQueen the following day. The response was impressive, it has detailed the reason for the outage, given an apology and published details of the rectification undertaken. This doesn’t just include details of what they did to fix the vulnerability that enabled the denial of service attack. They also detail the further enhancements they will make to make the solution even more robust in the future.

While Accelo updates have a consistent cadence it is not the only significant change achieved recently. Following the denial of service attack the company re-architected its SendGrid queues to prevent a recurrence. It has also introduced a new cashing infrastructure to further increase performance. It is also migrating its database to AWS Aurora to further improve performance.

As Accelo iteratively improves its messaging solution it further improves the efficiency of its users. There is an argument that it should focus on other areas and allow customers to start using collaboration tools more. Email is not the best collaboration tool and while it does create an audit trail for users it is not the most efficient. Its usage is still widespread though, and Accelo is addressing a current need of its customer base.

Cloud companies are constantly concerned about and sometimes suffer cyber attacks and systems failure for a variety of reasons. Even the largest of cloud companies such as Microsoft and Google have suffered outages. While the length of the outage is important it is the reaction to that outage that matters most. McQueen has reacted and communicated effectively and quickly in what must have been one of the most concerning days of his stewardship in recent times. Assuming that there are no similar incidents in the near future it is a reaction that customers should be pleased about despite the downtime.

McQueen commented: “We apologize for the inconvenience this outage caused to our clients and have taken short-term steps, as well as accelerated our medium-term efforts, to reduce the chance that an outage of this magnitude can happen again.”