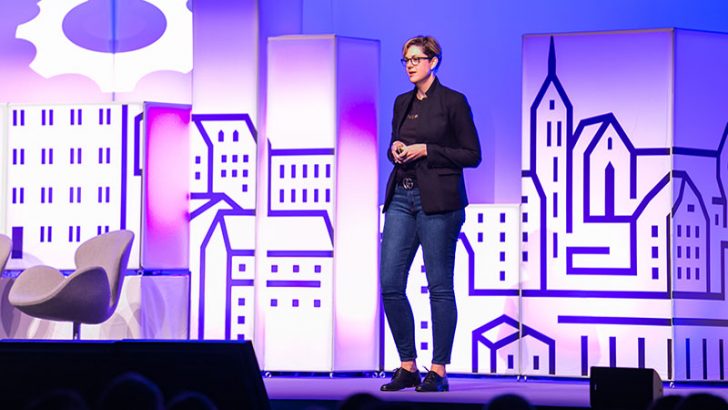 The European Cloud Foundry Summit is taking place in Basel this week. It is a chance for the Cloud Foundry Foundation (CFF) to showcase this open source project. What is evident from this conference is the success that has accelerated since the appointment of Abby Kearns as Executive Director and Chip Childers as CTO. Both Kearns and Childers have experience in the commercial space and have brought that to bear as the CFF has grown rapidly.

There is also a distinct feeling of optimism among the developers at the conference. Many of them are contributors to Cloud Foundry and seem impressed with what is happening. The commercial companies, both the distributors and others, are also pleased with the direction.

At the day one keynote there were several announcements. Among these are:

Home Depot joins as a Gold Member: Home Depot is a major user of Cloud Foundry to deploy their cloud solutions. They have more than 1,600 apps and services in production and deal with more than 1.5 billion service calls per month. All developers now do a 12 week boot camp around cloud and writing cloud native applications when they join the company and it has over 2,500 developers who have been trained on Cloud Foundry.

Snyk joins as a Silver Member: This is a major boost for Cloud Foundry. Snyk is focused on addressing vulnerabilities in open source libraries. According to Kearns, the last year has seen a significant investment and focus on security. The CFF has worked with both the commercial partners and the open source community to tighten up security and address code issues. Childers is also upbeat about this work. He believes that the mechanism in place is essential for making Cloud Foundry a serious enterprise concern.

The Foundry online marketplace launched: This is unlike other marketplaces. It is not about apps, at least not yet. Kearns would like to see it grow in that direction but there is much to do before that happens. It’s current focus is on helping companies looking at Cloud Foundry to get started. They can get details on the different distributions, training companies, system integrators and other support services.

Kubo becomes the Container Runtime: The Kubernetes and BOSH project, Kubo, has now been renamed the Container Runtime. Alongside it the Elastic Runtime is now the Application Runtime. In her keynote, Kearns showed how they would work together to accelerate the deployed of apps through Cloud Foundry. They are also a key element in enabling companies to move to a cloud native computing world.

Fujitsu get commercial distribution certification: Fujitsu has now had its K5 OpenStack certified solution also certified as a Cloud Foundry distribution. The announcement in the keynote surprised a number of people and make Fujitsu the seventh certified distribution joining ATOS, Huawei, IBM, Pivotal, SAP and Swisscom.

Also mentioned in the keynote was the Cloud Foundry Application Runtime (CFAR) survey. It showed a 45% increase in usage over the last year which is significant. A lot of that increase appears to have come from new customers, showing that Cloud Foundry is moving forward quickly. Large enterprises ($1 billion annual turnover) make up 49% of the user base. Interestingly the mid-size and even small enterprise market is continuing to grow.

The use of multiple clouds continues to become the norm. Over 53% of respondents said that they use more than one cloud environment. What wasn’t clear is if that represents app deployment to multiple clouds, whether hybrid clouds are counted as two environments or how much was production verses dev and test.

In terms of the cloud platforms in use it breaks down to:

The big surprise here is that OpenStack is ranked above the Google Cloud Platform. It shows that among open source proponents, OpenStack has a growing supporter base. With Fujitsu now a certified distribution, it will be interesting to see if this figure changes over the next year.

Like all open source projects the key to success is a mix of the open source community and the commercial users. The CFF walks an interesting line between the two. All of the technical innovation and new features are driven by contributors not the CFF or the commercial distributions. While there is an increasing dominance from the commercial companies using the product, there is still a large base on individuals. According to Kearns, there are 2,700 contributors to Cloud Foundry and 180 full-time committers. The latter go through the contributions and make sure that they are properly implemented.

The last year has also seen the CFF focus on the issue of cybersecurity and code quality. It has its own vulnerability reporting database and Childers believes that this has had a positive impact on the underlying code base. There are still enterprises who baulk at open source after the OpenSSL and other security issues. Childers is determined that the same won’t happen to Cloud Foundry. The addition of Snyk as a Silver member will only help to cement the processes Childers has in place.

Kearns has some very lofty and ambitious goals for Cloud Foundry. So far she has managed to balance both sides of the CFF without any issue. As it continues to grow and increase its presence in the market, it will take all of her skills and those of Childers to make sure everyone stays happy.