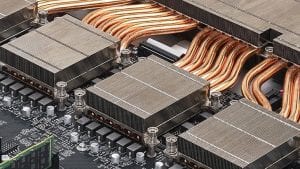 Graphcore, the UK semiconductor company with a dedicated artificial intelligence chip, has closed a Series E funding round. It has raised US $222 million which values the company at over $2.77 billion. According to Graphcore: “This investment brings the total funds raised by Graphcore to more than $710 million, with the company expecting to have over $440 million of cash on hand post-closing to support future growth.”

Nigel Toon, CEO, Graphcore commented: “The Series E round is $222m led by Ontario Teachers’ Pension Plan Board, with Fidelity International and Schroders joining as new investors. Existing Graphcore investors Baillie Gifford and Draper Esprit also participated. It is great to have the backing of such well-respected institutional investors at this point in the life of Graphcore.”

This successful funding round is timely. This year, the company has released its Mk2 Intelligent Processing Unit (IPU) products that are already shipping to customers. It also updated its Graphcore Poplar software and launched the IPU Developer Cloud in China. The company plans to spend the monies on product design and expanding its workforce.

Enterprise Times asked Toon more questions about this funding round and what the money was for.

What is the money for?

“We are continuing to develop our product roadmap – which includes our silicon, systems, and software. Growing international demand for Graphcore products means expanding our sales team, and – of course – general hiring across the business. Our headcount today is around 450. We expect that to reach around 600 in 2021.”

Is this for a new generation of Poplar?

“The Poplar software stack is such an important part of the Graphcore offering. Its development has been one of Graphcore’s great success stories and is a big differentiation between us and a number of other chip startups.

“We release major updates quarterly, with the most recent – V1.4 – bringing full compatibility with PyTorch. PyTorch is the fastest growing AI framework and generally favoured by those doing cutting-edge work, so making it work easily with the IPU massively expands our potential user base.”

On benchmarks and customer markets

Graphcore recently set a series of new AI performance benchmarks. Importantly, it outscored the market leader Nvidia. What does this mean?

“Our recent benchmarks showed really impressive performance gains when compared to Nvidia GPU-based systems. However, even more persuasive are the experiences of people in the AI field who use GPUs day-to-day. They are well aware of their limitations and how their architecture is ill-suited to the latest AI models. So actually, the evolution of AI is making that case for us.

“You see that in the larger performance differentials for newer models such as EfficientNet. That’s always a big part of the conversation with customers who are moving from GPUs to the IPU.”

What take-up are you seeing of existing products among cloud service providers vs enterprise IT teams?

“We just started shipping our Mk2 products, the IPU-M2000 and IPU-POD64 at the end of the year. The first systems are already up and running in some hyperscalar and financial service customers’ datacentres. We can’t yet share their names, but we hope to make those public in 2021. Our new investors were able to hear directly from them about their experience using the IPU and the performance gains they’re seeing.”

What specific markets do you see the growth in (Financial Services, R&D, Healthcare)?

“There’s scope for growth in so many markets. We’re seeing good traction from internet services, finance, healthcare including drug discovery. The datacentre end of automotive is also likely to be increasingly important as is scientific research. But almost every industry is going to see a growing need for AI compute in coming years.”

What is the future in terms of the silicon?

The announcement of the Apple M1 processor in November has raised many questions over custom chips. It is not the only company going that route. IBM has customers who are planning their own versions of its POWER processor to include specific language and mathematics units. This all points to a rush of new silicon at a time when the industry is retooling for ever-smaller sizes.

What capacity is there in the global chip manufacturing market at the moment, and can you get the increased capacity to manufacture the GC200?

“We have a great relationship with TSMC who manufacture the IPU and will be well able to meet demand.”

You are currently at 7nm, will you stay there for the next generation of chips or are you planning a move to 5nm?

“Earlier in 2020, TSMC announced that Graphcore would be one of the first customers for its 3nm process. There is a mutual appreciation of the cutting-edge work that we are both doing in silicon, and we’re excited to be part of their evolution also.”

With Apple and others now entering the chip market, how does that impact your long-term future?

“Apple isn’t directly competing with us in terms of datacentre AI compute systems. However, their very impressive entry into the silicon market underlines our belief that sometimes you just need new silicon for a new type of application. They clearly felt that legacy architectures weren’t delivering the type of performance they needed, and we see a similar realisation among people using GPUs for artificial intelligence.”

There is an explosion of interest in the semiconductor market at the moment. New technologies are pushing existing silicon designs to their limit. It means that there is a need for new silicon and new thinking. That is coming in the way of dedicated silicon on a scale that has not been seen before. Also enabling it are new tools that make designing and testing chips easier and cheaper, relatively speaking.

This move towards a new market of dedicated silicon also poses a real threat to the old monopolies in the semiconductor world. The disruption we often talk about in other areas of technology is now being seen in silicon. Small companies focussed on specific solutions can deliver faster, cheaper and more effectively than the industry’s giants.

Those same giants have responded by acquiring competitors with new ideas, new thinking, and new designs in the past. They then subsume them into their own business. That may not be so easy going forward. Regulators are becoming ever more focused on anti-competitive behaviour such as buying competitors to stop them. For companies such as Graphcore, that focus by regulators on such unfair competition is good news. It means that the company can concentrate on growing its business and developing its products and not with one eye on who might try and buy it out.

Also in Graphcore’s favour, is the explosion of interest in AI and machine learning. The development of vaccines during the pandemic has shown how effective AI can be. This funding puts the company in a position to capitalise on that in its next growth phase.