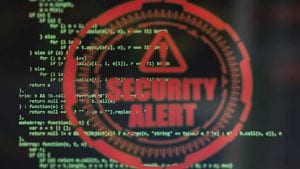 Police Scotland has announced plans to establish a National Centre of Excellence to deal with cybercrime. The move comes as part of its Cyber Strategy 2020. The National Centre of Excellence will bring 100 existing staff into a single unit. It will also lead to the initial recruitment of another 50 officers to help boost efforts to fight cybercrime. That number will be boosted over time, but there are no details on that at present.

Deputy Chief Constable Malcolm Graham, lead for Crime and Operational Support, said: “The nature of crime is changing and Police Scotland needs to change with it. The online space is becoming a bigger part of the frontline of policing every day.

“As well as keeping people safe on the streets, our officers and staff are keeping children safe on their computers and smartphones in every community in Scotland. While cybercrimes are underreported, we know we are stopping vulnerable people from being defrauded and adapting our techniques in response to criminals who are doing the same.”

Graham also went on to say: “The centre will provide the necessary increased support for the increasing cyber inquiries, investigation and prevention work. This will allow us to deliver support, training and guidance to Local Policing officers, giving them the tools to address the number of concerns raised daily. The additional officers will expand our existing capacity in cybercrime intelligence, investigations, research and development, and digital forensics.”

Why is Scotland creating its own centre of excellence?

There has been a significant surge in cybercrime as a result of the COVID-19 pandemic. This ranges from phishing attacks and malware to the darkest corner of cybercrime, child sexual abuse. In June 2020, Police Scotland recorded its highest ever number of online child sexual abuse crimes.

To counter this, and to provide support to communities, Police Scotland decided it had to do more. It is presenting its latest plans Keeping People Safe in the Digital World to the Scottish Police Authority today. These will outline how it plans to tackle cybercrime and give more details on the threats it sees.

One of the challenges for Police Scotland, as for other forces around the country, will be staffing the unit. The number of specialist staff planned seems small compared to the size of the threat. It raises the question of, where will those staff come from? More importantly, will they stay in the communities or be housed in a central office?

Cybercrime, by its very nature, is hard to investigate so, what training will those staff need and get? The problem for the police is also likely to be salary scales. Once trained, many of those staff will be courted by private companies who can offer lucrative salaries.

The most pressing issue, however, will be mental health. Those who have to deal with sex-related cybercrime need extensive support. Their time in the role is, by necessity, limited. How will Police Scotland deal with this?

Any move by the police to improve detection of cybercrime is to be welcomed. To make this more than just window dressing, Police Scotland will have to be more open about its plans. Funding, training, recruitment and support service plans will all be scrutinised. Creating specialist units within police forces is nothing new. What can Police Scotland do differently to avoid repeating the failures of other forces?

Jake Moore, Cybersecurity Specialist at ESET, commented: “Cybercrime is evolving at such as rapid pace that law enforcement must respond accordingly to minimise the risk of losing control. Digital examinations with online elements have become a part of daily routine investigations, but the police face huge limitations, which are often linked to cost.

“Long have we seen a slow uptake in the rise of cyber offences, and therefore it is impressive to see Scotland take the lead. Recognising this change is the first step, but the real proof is in what the force can achieve with these resources. The coronavirus pandemic and associated lockdowns have hastened the rise of cybercrime – and it is unlikely that we will see a drop in the level of online offences the police will have to deal with.”