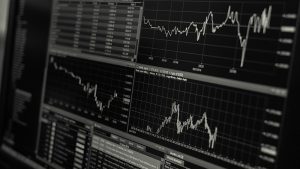 Microsoft CEO Satya Nadella highlighted at last year’s Mobile World Congress that ‘ten years from now we won’t have these differentiations between what is the tech industry and isn’t the tech industry.’ This wave of tech innovation is already impacting every industry and driving change across the entire economy. However, between sectors there is a substantial variation in the attitude towards new technology and its rate of adoption. Four areas that represent these differences, for a variety of reasons, are broadband, podcasts, the mortgage market, and cloud-based services. In the coming years, we expect these areas to all see substantial innovations. This will create strong opportunities for growth, and make each sector increasingly indistinguishable from the tech industry.

Broadband will enable a digital Britain

Broadband surged back into public debate with last year’s general election, as the Labour Party pledged to connect every home and business with free fibre broadband by 2030. Broadband is a subject that deserves to be at the forefront of attention with the lack of high-speed broadband, particularly in rural areas, limiting opportunities and lowering productivity. Consequently, the UK government is incentivising the rollout of faster broadband services in order to ensure the development of the digital economy and reduce the existing digital divide. At the same time, there have also been exciting developments in fixed wireless technology, and increasingly fast satellite capacity is set to be launched in the next 3 years. These changes combined mean that the UK broadband industry is set for major developments in the coming years.

Bigblu Broadband (BBB) is one of the companies at the forefront of enabling this change. It offers high speed broadband to mostly rural households through satellite and fixed wireless technologies. The group is set for significant growth as the technologies the product set is based on will undergo transformative change over the next three years. As one of the biggest constraints on Bigblu’s growth so far has been the lack of viable satellite capacity, when this changes in 2020 with the launch of a series of new satellites, Bigblu Broadband will be able to expand its operations significantly.

The podcast industry is a rapidly growing part of the UK media sector. The number of people in the UK listening to a podcast every week has almost doubled in five years – from 3.2m (7% of adults aged 15+) in 2013 to 5.9m (11%) in 2018.This follows a similar pattern to the US, which is three years ahead on this trend. The growth in podcasts is only likely to accelerate as the major audio platforms increase their focus on the medium. This includes Apple looking at funding exclusive podcasts, and Spotify highlighting that podcasts will be as important to it as original shows are to Netflix. This growth is attracting advertisers to podcasts, as they enable the targeting of specific audiences with highly engaging and effective host-endorsed adverts.

One of the key players going forward is likely to be Audioboom (BOOM). Audioboom is a premium podcast publisher that is investing in creating its own original content and enables over 90m listens per month via streaming services, including Apple, Spotify and Google Play. This has led Audioboom to grow its relationships with some of the world’s leading brands to over 240 in 2019 from 40 in 2017. Audioboom looks set to continue to capitalise on the rapid growth in the industry.

Technology is disrupting the mortgage market

The UK housing market has experienced challenges due to Brexit as well as changes in regulation and tax, including stamp duty and buy-to-let ownership. As a consequence, mortgage approval levels have been relatively flat. In order to sustain operating margins, firms are looking to technology to generate cost savings and improve productivity and efficiency. In addition they are also looking to differentiate themselves from their competition by enhancing their users’ experiences.

A leading innovator is ULS Technology (ULS), a company that develops and sells software to handle conveyancing for intermediaries, solicitors and home-buyers. Since 2015, ULS has also invested in an innovative platform called DigitalMove. This enables the solicitor and consumer/home buyer to interact securely in real-time through its platform/apps, instead of through letters, calls and emails. As the free DigitalMove platform starts to scale following its launch in 2019, ULS could see potentially transformational growth as consumers and solicitors increase adoption. At the same time, ULS’s core platform is also well-positioned to benefit from any turnaround in the UK housing market after the 2019 general election.

Cloud-based services are widely recognised as the future and are being rapidly adopted. Within this area, we are seeing a diversification of the market as different sectors demand more specialised forms of cloud-based services. The financial sector is a strong example of this, requiring low latency services as well as round the clock specialist support – a level of complexity that many generic cloud-based providers do not supply.

Beeks Financial Cloud (BKS) is an example of a growing company that offers specialised, cloud-based services to the financial services industry through its globally deployed infrastructure. Beeks provides same-day, low-latency access to its global infrastructure through a cloud-based and flexible service with specialised support. As an early mover in this sector it is likely that Beeks will thrive in the coming years – as we believe will the other three companies in this round up of potentially transformative tech businesses.

How an MBO can help your business

Three ways to build a data-driven culture in your organisation

Why Governance Comes First in MLOps

How to turn failing cloud investments into business benefits