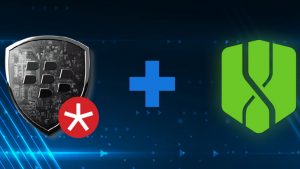 BlackBerry is to beef up its cybersecurity offering through the acquisition of cybersecurity company Cylance. The deal is worth at least US$1.4 billion in cash. It is expected to close in February 2019 assuming that everything goes smoothly with regulators. This is the largest deal that BlackBerry has made since it was founded in 1984.

The deal completes a remarkable turnaround for BlackBerry. Back in the 2000’s it was one of the darlings of the mobile communication industry. Its secure messaging platform was highly used by enterprises and governments alike. However, a series of management failures, embarrassments and bad business decisions saw its share price crash from a high of almost US$145 in 2008 to a more modest US$9 after this deal was announced.

BlackBerry is still positioning itself as a secure messaging platform but its focus in recent years has been more about device security and device management. With this acquisition it is now repositioning itself as a cybersecurity company. The emphasis is still on securing endpoint devices but with an emphasis on Enterprise of Things. This means a move away from traditional computing devices and into IoT and all the problems that is causing companies.

John Chen, Executive Chairman and CEO of BlackBerry said: “Cylance’s leadership in artificial intelligence and cybersecurity will immediately complement our entire portfolio, UEM and QNX in particular. We are very excited to onboard their team and leverage our newly combined expertise.

“We believe adding Cylance’s capabilities to our trusted advantages in privacy, secure mobility, and embedded systems will make BlackBerry Spark indispensable to realizing the Enterprise of Things.”

The Cylance technology will be integrated into the BlackBerry Spark platform. It strengthens the company’s play to deliver a secure solution that sits on multiple platforms. BlackBerry is targeting autonomous vehicles and industrial equipment with its Spark platform. This announcement plays well to that market. The use of the Cylance AI engine should enable BlackBerry and OEMs to develop solutions that identify and block attacks before they are effective.

For BlackBerry this is a good acquisition and one that gives it a wider appeal in cybersecurity. It recently added a suite of tools to help companies protect against the emerging threat of quantum computing.

It also marks a significant turnaround for a company that many analysts thought would disappear. Its resilience and ability to reinvent itself is in stark contrast to many of its competitors in the same market. This deal does more than just reinvent BlackBerry. Cylance has a strong consulting division. Combine that with BlackBerry and it should enable it to drive the BlackBerry Spark platform into the enterprise market.

However, there are still some issues to address. The US$1.4 billion cash payment will raise eyebrows. In its Fy19 Q2 report (August 31, 2018), BlackBerry claims to have just US$581 cash and cash equivalents. This deal is over 2.5 times more than that. The press release does not say if BlackBerry is planning on a share issue or where it plans to get the cash shortfall from. It could come from the sale of short-term investment but in the current unpredictable market that could cost the company money.