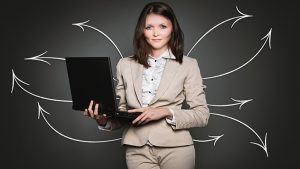 According to Rajavel, while 56% of the global workforce is women, only 28% work in technology. The number drops further when you look at cyber security with only 11% being women. The numbers are even worse when looking at executive roles. Just 8% of executives in the tech industry are women and just 1% are CISOs.

To correct this, Rajavel says we need to start engaging early with girls. This does not mean waiting until they get to university. She told ET that 47% of girls think that STEM subjects are for boys. This is a serious problem if we are to balance out the gender inequality in industry and particularly the tech industry.

ET asked Rajavel if part of the problem was the use of the word engineer when we talk about software engineers. Rajavel says that is a good example of unconscious bias. Engineer is a trade not a gender assignment. It is about thinking structurally to solve a problem. Rajavel also believes that we need to do more than address gender diversity. Ethnic diversity is just as important an issue that needs to be addressed.

As we move towards AI and machine learning, Rajavel says we also need to think about cognitive diversity. This is something that is beginning to be recognised by those training AI systems. There is a lot of work looking at how the corpus of data used to train an AI is representative. It is not a simple problem to solve. Many organisations, especially in cyber security, do not have access to a very wide pool of source data. Focusing on cognitive diversity for the development teams will also raise awareness of the problems of the training requirements.

In the 1970’s there was a move to bring people in from other disciplines to satisfy the demand for computer programmers. Rajavel is a firm believer of the need for people who bring both disciplined thought and those who are creative. She cites the move towards self-driving cars as an example of bringing different disciplines together.

To hear more of what Meerah Rajavel had to say listen to the podcast.

for Android devices from play.google.com/music/podcasts