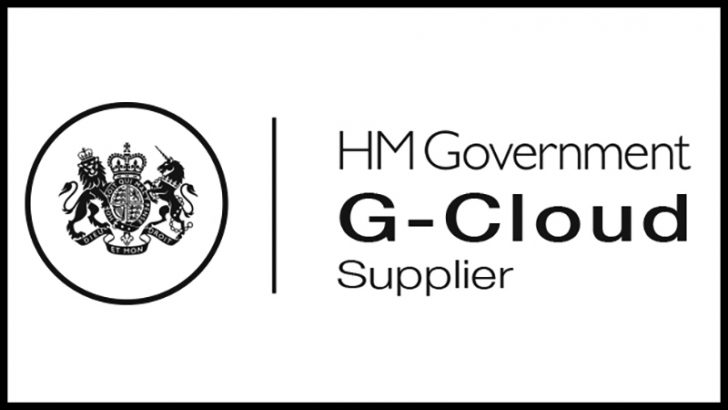 The Cloud Foundry Summit Europe is looking at the potential for open source inside organisations. One of the keynote speakers is Liam Maxwell, National Technology Adviser, UK Government. He focused on the impact of open source on the UK Government.

According to Maxwell: “we [the UK Government] were spending 1% of UK GDP on technology. It’s amazing how much you spend and not get it right. We wanted to move away from paying large amounts of money for things that didn’t work.” To break the cycle Maxwell said: “we started by designing services around user need.”

It might seem obvious that IT systems are all built around user need but the truth is, in government or elsewhere, that they are not. IT systems are often built around what the IT department can deliver and that is not the same as what the user wants. The speed of change of IT departments is often slower than that in the wider industry. Maxwell said: “Technology was changing faster than Government and rendering us irrelevant. We knew if we didn’t change then users would use other things. It’s the same in the enterprise with Shadow IT.”

One of the biggest changes that Maxwell identified was that: “we had to focus on things that were new and stop trying to innovate on things that were common. We kept trying to reinvent the common components.” Part of the problem here was the way Government procured IT. Maxwell referred to it as: “..trying to procure our way out of trouble.” He calls this the “square of despair” where the corners are capability, legacy, security and procurement. “We were the Department of No!”

There were a number of things that were going wrong. Government is organised in silos and that was how it saw everything including IT. The way that IT was procured was complex. This meant that it was too expensive to sell to government unless you were good at form filling. “We had cut ourselves out of the market” said Maxwell.

Moving to reusable shared platforms was one of the keys to change. Instead of each department creating the same or closely related thing they could share knowledge. An example of this is licenses. Maxwell said: “shotgun and fishing licenses are not that different. Much of the information that is gathered is the same. We need to share what we know, what we do and the components.” This sharing and collaboration across government departments was also challenging. Civil service attitudes needed to move away from the silo approach of data ownership.

Spreading the message to other governments

One of the big wins for the UK Government was other governments adopting the same approach. Maxwell cited Israel, Estonia, New Zealand and South Korea as governments who were following the UK’s lead. Seeing Estonia on the list was a surprise. They have been ahead of the UK in many areas, not least digital identities.

Maxwell used X-Road as an example of how government sharing of their IT assets has additional benefits. It not only leads to improvements in functionality but also security. X-Road is the Estonian government data exchange layer. It underpins the e-services that Estonia delivers. In 2013 it exported that technology to Finland. What it got back was a hardened and much more secure X-Road solution. This is now being used by several countries not just for internal data exchanges but also between countries.

Interestingly Maxwell talked about other governments not having to go through the pain of solving this issue because the UK had already done it. It will resonate with those who remember the early 1980’s and the European Commission telling member states to privatise state owned entities. The UK Government under Margaret Thatcher was one of the first to do this. That approach was eventually copied by many other governments but not until many had bought some of the UK assets.

What Maxwell didn’t deal with was how the UK was protecting government IT from foreign state owned entities. He also made no distinction between those assets that should be run, developed and managed by UK Government rather than commercial companies. This is a delicate area in UK politics at the moment and that might explain its avoidance.

The growth of the SME

Perhaps the biggest change to the UK technology landscape has been the way money is spent with SMEs. 52% of the money spent on UK Government IT is spent with those companies. The annual IT spend is over £1 billion. This means that £520 million is now spent with SMEs who are spread across the UK. The numbers are not new but were well received by an audience that is largely non-UK based.

Unfortunately for Maxwell, talk to many of the SMEs who have invested in this new approach and you find a much more confused story. Some find it hard to keep up with the need to re-certify for each generation of the Digital Marketplace commonly referred to as G-Cloud. Others have invested in facilities only to see requirements change leaving them with expensive investments that are hard to recoup.

The spread of the money is also less than it might seem. The governments own figures show a small core of companies that win the majority of the business. Widening that pool is not simple. There is still a case to be made that those who are successful are only so because they are the best at understanding the system. But what is holding back the explosion of work for SME’s is poor uptake of their services by local government. This is disappointing because it means jobs are not being created locally. It also means that the message around benefits is still not getting through to all parties.

Open is more than just a word

It was interesting to hear Maxwell talk about what Open really means. It is not just about open source software. Open data, open markets and importantly open standards are also key requirements to  changing government IT. All of these, according to Maxwell, act to reduce risk. They also help to create new innovation by lowering the entry bar.

The UK releases more open data than any other government across the EU. This has created a lot of opportunities for start-ups who use that data. What was also interesting was Maxwell’s statement around the new UK Government. He told the audience that the current UK Government was using open data to judge its policies. It will be interesting to see how that progresses over time.

It’s easy to look upon government IT policies as having little relationship to enterprise IT. What is interesting in this case is that enterprises are currently trying to get rid of their silo IT. The problem is that they are still struggling for a replacement. Maxwell closed his presentation saying: “We are stopping the reinvention of the wheel. Our primary user need in government is to remove the friction. Our aim is to reduce cost and massively increase uptake. That’s how we grow fast. We now work effectively across platform and government to deliver the services we need.”

Platform, services that are needed, being open and eliminating silos. Those four things provide a good template for enterprise IT to reshape itself.