Enterprise Times
Home Blogs One year on from the landmark Shell ruling, what has changed?
Facebook
Twitter
WhatsApp
Linkedin
Email 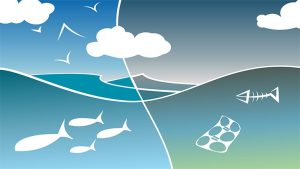 In a landmark case on 26th May 2021, a court in the Netherlands ruled that the oil giant Shell must reduce its greenhouse gas impact. By 2030, Shell must cut CO2 emissions by 45% compared to 2019 levels, the civil court ruled. Extending beyond the Shell Group’s operations, the landmark verdict declared the energy giant responsible for its own emissions and those of its suppliers and customers.

One year since the precedent-setting court ruling, what has happened around climate litigation?

In May, the Commission on Human Rights of the Philippines (CHR) published the findings of a seven-year investigation. It documented the connection between the deliberate actions of the world’s largest carbon emitters and climate-related human rights abuses in the Philippines.

The report concluded that major oil, gas, coal, and cement producers have the responsibility to protect human rights and provide remediation. Drawing on research by the Union of Concerned Scientists and others, the commission report found that fossil fuel companies fully understood their products’ impact on climate as early as 1965 when their own scientists discovered them. The time when their own scientists discovered them.

Instead of warning the world and transitioning away from fossil fuels, the industry spent the last 50-plus years spreading disinformation and obstructing government action. The industry’s actions, the CHR concluded, were based on greed.

A raft of US lawsuits

In addition, ExxonMobil and Chevron recently failed yet again to relocate their case in Rhode Island – which does not involve federal law – to a federal court, which the companies consider a friendlier venue. That same day, the Massachusetts Supreme Court unanimously rejected ExxonMobil’s attempt to dismiss the state’s consumer fraud case against the oil company.

Additionally, a state judge ruled that a case in Honolulu against several major oil companies for deceptive practices could move forward in state court. With this ruling, the case can enter the “discovery” phase – an important next step in the legal process. It is the first-time climate litigation in the United States has progressed this far. The discovery phase will enable plaintiff lawyers to view internal industry documents that could strengthen their case.

A first-of-its-kind case was announced against Shell’s board of directors. The suit seeks to hold them personally liable for failing to adopt and implement a climate strategy that aligns with the Paris agreement. The suit argues that failure to lead an effective transition is a breach of board duties under the UK Companies Act.

This suit points back to the earlier legal win against Shell in the Netherlands. That ruling ordered Shell to address emissions along the full value chain, including pollution from burning Shell products. Now, a year later, Shell’s board has tried to narrow its responsibility to address only the emissions from Shell’s production and manufacturing operations.

Around the same time, a lawsuit was filed in France against TotalEnergies, the country’s largest energy company, for misleading the public with faulty net-zero claims. TotalEnergies launched a campaign that stated it could reach net-zero emissions when its plans include massive fossil fuel expansion. The suit argues that TotalEnergies’s ad campaign is a form of disinformation that ultimately serves to delay urgent climate action and violates the European Unfair Consumer Practices Directive. The lawsuit asks the courts to ban such misleading advertisements.

In April, California’s attorney general launched an investigation into the role of major oil companies in the global plastics pollution crisis. Looking again at the deceptive practices of the oil industry, this inquiry will try to determine whether the industry broke any laws by allegedly misleading the public on whether plastic products can be recycled.

Over the past year, new laws have been introduced to reduce air pollution across the world. The State of Colorado recently strengthened its laws. They now require companies to report their annual emissions of certain pollutants. In the UK, a new environment law was enacted in November that outlined long-term targets to improve air quality. It specifically targeted PM2.5 concentrations, the most harmful pollutant to human health.

Meanwhile, EU lawmakers have backed a ban on new fossil fuel cars from 2035 as the continent continues with the transition to electric vehicles. The UK also aims to ban the sales of new combustion engine vehicles by 2030.

However, in the past year, both Italy and Bulgaria have been fined for breaking air pollution rules – showing that while laws exist, it remains difficult to keep pollution down in some places.

In June, Clean Air Day provided us all with the chance to reflect on the impact of pollution. It’s great to see that so many organisations are prioritising sustainability, according to a recent IBV survey published by IBM. What’s more, moving to a more sustainable business model is profitable for many, as was found in a recent NTT survey.

Reducing emissions will go a long way to improving air quality worldwide. However, businesses and countries must remain committed to the process. As U.N. Secretary-General Antonio Guterres said at an inaugural meeting of a new high-level expert panel to develop clearer standards for corporate net-zero commitments: “The world is in a race against time. We cannot afford slow movers or fake movers.”

Despite clear scientific evidence showing the ongoing and potential future impacts of climate change and the increased awareness of climate issues, overall carbon emissions have increased worldwide over the past year. According to the International Energy Agency, the increase in global carbon dioxide emissions of more than 2 billion tons in 2021 was the largest in recorded history. It more than offset the previous year’s pandemic-induced decline.

Governments and industries are going in the wrong direction, but strategic and thoughtful litigation, as demonstrated by the Shell ruling, can help ensure accountability and meaningful action to change course and reduce global pollution levels.

Trusted by industry leaders like Vodafone and Heineken, Vizibl is led by co-founders Mark Perera (founding CEO of Procurement Leaders) and Alex Short as they transform how companies tap into the power of their suppliers.