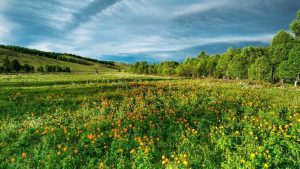 Tacton extended its partnership with Scandanavian Digital as it looks to reinvigorate the channel partnerships it once had. Salesforce announced results that surprised the market, which had expected a downturn, quite the reverse happened. UKG also issued equally positive results.

Precisely unveiled more information about Trust 22, a virtual event that will bring 2,000 data leaders and industry experts to the event. The event commences with a keynote by Josh Rogers. He will be joined by IDC Research Director Stewart Bond to reveal findings of a new IDC Spotlight: “Improving Data Integrity and Trust Through Transparency and Enrichment”

Kevin Ruane, Chief Marketing Officer at Precisely commented: “Data professionals have a greater opportunity than ever before to lead their organisations into a data-driven future. Trust ’22 brings the top data leaders and industry experts together to see the latest data integrity innovations in action, providing the ultimate blueprint for businesses seeking to effectively automate and accelerate confident decision-making for more profitable growth.”

Oracle announced that all required antitrust approvals have been obtained for its proposed acquisition of Cerner, including European Commission clearance.

ServiceNow announced it has signed an agreement to acquire Hitch Works, a skills mapping and intelligence company.

Teradata elected Todd McElhatton to its Board of Directors, effective June 1, 2022. It also appointed Terry Smagh as the new Vice President for South Asia and Korea.

Accenture and Microsoft, together with their joint venture Avanade, are joining forces to tackle climate change, one of the most critical and urgent challenges for both businesses and people.

Appian announced the opening of its newest office in Europe and its first Technology Innovation Center in Seville.

Mendix has expanded its go-to-market relationship with Capgemini, a global leader in consulting, digital transformation, technology and engineering solutions, to build and deliver joint industry solutions based on the Mendix low-code platform.

Mindtickle has partnered with Baker Communications, Inc (BCI), one of the country’s most established sales transformation companies.

5 For The Fight, a nonprofit started by Qualtrics and fueled by thousands of private donors, announced today that seven new cancer researchers will get a boost for their work thanks to $1.1 million in grants.

Salesforce is partnering with TikTok to make it easier for Commerce Cloud merchants to engage with the TikTok community, including advertising to users and making their products more discoverable.

Salesloft announced the opening of an office in Singapore. Salesloft will also introduce native CRM integrations with Hubspot and Microsoft Dynamics to better serve its customers in Singapore, Australia, New Zealand, and the broader Asian market.

ServiceAid announced the opening of a new office in Munich, Germany to keep pace with growing interest and adoption of its ChangeGear ITSM platform and AI-powered Luma Virtual Agent solution in the region.

Trinet announced that StartOut, the nation’s largest nonprofit organization supporting LGBTQ+ entrepreneurs has received a TriNet Foundation donation. The TriNet Foundation was launched in 2021. It is a donor-advised fund of TriNet and a key component of its Corporate Social Responsibility (CSR) program.

MindGym will use Anaplan to strengthen its Finance and HR teams as they prepare to take on an ambitious new business strategy.

JAGGAER, the global leader in Autonomous Commerce, announced a strategic relationship with Billtrust. Suppliers can now reduce manual work and lower administration costs by automating the process of sending out invoices within or outside of JAGGAER’s network of suppliers.

Protelindo is the largest independent tower owner and operator in Indonesia. It has chosen Freshdesk to modernize its customer support processes with a fast and intuitive software platform.

Shiseido Group, one of the world’s top cosmetic companies, has selected Qualtrics EmployeeXM. It will help the company improve employee wellbeing, productivity, and development as it continually embraces and offers diverse work styles aligned to employees’ changing needs.

SodaStream, the world’s leading sparkling water-maker brand, is accelerating its digital transformation with Qlik’s cloud analytics. It is a crucial next step in its goal of inspiring a revolution in environmentally friendly drinks consumption.

Jenzabar unveiled the Campus Movement. It aims to provide learners with the skills they need to thrive. The new Campus Marketplace solution and recently acquired Spark451 make up the building blocks of the campus movement.

Leadspace unveiled Leadspace Studio. It is a performance marketing tool targeted at business users. It aims to double results across their funnel by creating high-performing segments and directly activating them across marketing automation and digital media platforms.

Pipedrive announced a new integrated marketing solution, Campaigns by Pipedrive. It is designed to help customers simplify campaign management. It brings their sales and marketing teams onto one revenue management platform.

Rosslyn unveiled the latest iteration of its software platform, Rosslyn 10, bringing an improved user experience and better access to data and visualizations than ever before.