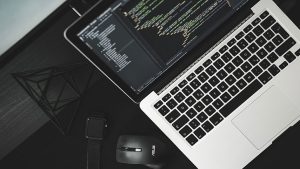 Dirk Marichal, VP EMEA at Noname Security, said, “Partnering with BlueFort is an excellent fit for us given the team’s expertise as a cyber security partner providing valuable technical expertise and hands-on support to businesses across the UK.

What will BlueFort customers get from Noname?

The Noname API security platform is all about testing and detecting vulnerabilities before code is deployed. This is much more than just reducing the attack surface. Developers are pushing code to production faster than ever to meet the demands of business units. Additionally, much of that code is being deployed to the cloud, where configuration errors, in particular, are a major issue.

Noname has integrated its Active Testing platform for APIs into multiple CI/CD tools. It allows developers to do continuous testing during software development. Such a move reduces the risk of errors in production, and that, in turn, lowers the costs to fix. Noname claims it reduces remediation costs by anywhere between 10x and 100x.

For BlueFort customers, this is just the latest in a series of integrations that it has put in place. Last month it agreed deals with CyCognito and iboss to improve security. Now it has announced this deal with Noname. The question is, whom will it partner with next?

Adding new partnerships to its service offering makes sense for BlueFort. It means it can offer wider capabilities to customers through these partnerships. However, it does come with some questions about how it plans to support this sudden rush of new partnerships.

Customers will not want to be given the runaround when something doesn’t work as expected. They will want to be reassured that BlueFort will continue to handle support calls. That means investing heavily in upskilling its own customer support teams, not just passing support calls back to its partners. Customers need a clear direction here as to what will happen.

This deal works for both companies. For Noname, it opens the door to a wider number of customers. For BlueFort, it strengthens its services offerings and allows it to bid for a wider range of contracts with customers.

An undated blog on BlueFort’s website talks about API security testing. It makes the case for API security testing and seems to mesh nicely with what Noname brings. One wonders if this was written while the two companies were working through the details of this newly announced strategic partnership.