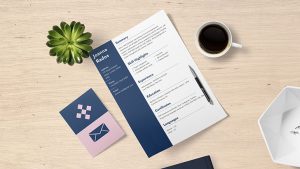 How do you hire new candidates at your organisation? Chances are, you probably judge a candidate by looking at the past experience on their CV before getting them in for an interview. It’s a tried and tested process that has been the basis of recruitment for decades. So, why buck the status quo?

Put simply, this approach can significantly limit the success of your hiring outcomes. It is becoming increasingly outdated as the gap between the skills people have and the skills people will need in the future widens. If your business is serious about building a future-proofed workforce, something has to change because this traditional hiring technique restricts the quality of candidates that make it through your recruitment processes.

Our recent survey found that 88% have screened candidates out based on their experience rather than focusing on their potential. For 70% of respondents, the CV is the first step in their screening process. But this addiction and reluctance to change is holding businesses back.

Indeed, here are four reasons why we need to scrap the CV and select based on a candidate’s potential instead.

Workforces need to equip for future skills. By 2025, the World Economic Forum predicts that 85 million jobs will disappear, and 97 million new digital-first jobs will be created. In light of this, 50% of the workforce will need to reskill.

This is like nothing we’ve seen since the first Industrial Revolution. It results in a world with millions of capable workers but few with the skills you need most. We’re therefore facing a skills mismatch rather than a skills shortage.

If we keep hiring how we always have, by prioritising experience over potential, it will be a skills mismatch that will only worsen. Past experience will no longer match the skills your organisation truly needs.

By selecting for potential instead, employers can find the candidates with the roles that will be needed in the future.

If nothing changes, where does this skills mismatch leave us? It will set employers back £38 billion every year in unrealised growth. And that’s not to mention the £6.6 billion in hiring costs if we continue to hire for experience.

Our survey found that three-quarters of employers are also paying higher salaries for key skills and experience. Alongside this, the majority (78%) believe a lack of relevant skills and candidate experience will inhibit their ability to achieve strategic objectives and financial goals. So employers are already being hit in the pocket.

Surprisingly, organisations are just standing by as this happens.

Although many of us would like to think we aren’t biased, CVs can result in unconscious bias around the candidate’s name, background and location. And that’s before we even look at their past experience.

Everyone deserves a fair shot, but many candidates aren’t even getting a foot in the door to show their potential. Instead, they are shut out due to limited past experience or biases that are out of their control. In fact, our survey found that 67% feel that screening for experience reduces the size and diversity of their talent pool.

But, bias isn’t just ethnic, gender and age diversity. It also comes down to diversity of thought.

4.      Traditional hiring processes can be restrictive for those who are neurodiverse

It is estimated that 15% to 20% of the population is neurodivergent. If recruitment processes aren’t suitable or welcoming to those who are neurodiverse, then employers are missing out on around a fifth of the talent in the workforce.

That’s a significant amount of innovative, creative and hard-working people to be missing out on. In fact, JPMorgan found that those in its Autism at Work initiative were less likely to make errors and were 90% to 140% more productive than employees who are neurotypical.

What is the alternative to CVs?

Scrapping the CV and selecting for potential is a bold move. It will take time to wean businesses off the CV – some never will. But as radical as this sounds, there is an alternative that isn’t just ready and waiting but already operational and being used to great effect by businesses like; Capita, Lotus Cars and the BBC. That is behaviour-based assessments.

These assessments help organisations to see more in candidates, counter natural bias, and empower organisations to build the diverse, successful, extraordinary teams they need most. Your recruitment teams, candidates – and balance sheet– will thank you for it.

Arctic Shores’ behaviour-based assessments give every individual the opportunity to show their potential, and every employer the means to see it.

Today, our assessments help the world’s most progressive businesses see beyond the CV – beyond the ordinary measures of human potential. This way, they can counter natural bias, and build the diverse, successful, extraordinary teams they need most.

With the next frontier in assessment technology, we’ve given over two million candidates around the world something different: a stress-free, unbiased experience, that truly rewards them for their time. All through a community of pioneering customers, which includes the likes of BBC, PwC, Siemens and Capita.

First launched in 2014, we’re now fuelled by over 70 dedicated Explorers based in our Manchester and London hubs. We’ve grown 400% in the past four years, and have featured this year on BBC Click, The Times, and The Guardian.