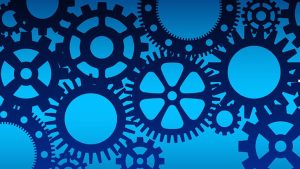 Twelve months ago, Appian announced its low-code data solution. The goal was to make integrating data as easy as building apps. At Appian World 2022, Mike Beckley, CTO, Appian, told Enterprise Times that the Data Fabric is done. It’s a bold statement and reflects the company’s belief that it has achieved its goals of making data access as simple as possible.

Enterprise Times talked with Beckley about what he meant by “done” and where we are with the Appian Data Fabric. Beckley said, “it is built into the native way you work. We have optimised data access for developers and eliminated database code.” The key part of this is that there is no reason for developers to be adding SQL code to their software.

No requirement for a database developer

Beckley believes that there is no longer a need for a database developer to prepare the code for developers. Enterprise Times was surprised at this statement. It’s hard to find anything but the simplest database that doesn’t have stored procedures or additional code to make it work. In addition, over the last 30 years, we’ve had multiple attempts to reduce reliance on database developers. The problem is that we now have more database developers than at any point in the history of IT.

The key for Beckley is how you see data. Appian has created a single API to access the database. It replaces the various schemas for accessing the data. It also uses a separate physical data cache to store the data and supports both in-memory and on-disk databases. The API exposes the fields and the data making it easy to use.

Beckley also talked about having a privileged view of what queries are executed against the data. He said, “When you change the definition, we know what you want, and we predictively change the storage.” That predictive capability outside of the actual database speeds up access to data. The data fabric also includes built-in autonomic performance for analytics.

How will it handle data quality and data enhancement?

There is an increasing move by businesses to improve their data quality. This is nothing new. Unfortunately, many traditional approaches are one-offs to support a specific product. Data is extracted, transformed, cleaned, enhanced, used, and then stored to one side or deleted. That whole cleaning and enhancement doesn’t go back to the database.

That approach is beginning to change. Companies are starting to clean and enhance in place. It reduces the duplication of data and provides a more reliable data set. ET asked Beckley if Appian was working with any of the key players in that space.

Beckley replied that at this moment, they are not talking to them. However, he did say that many Appian data customers already have informatics or MDM solutions in place. In addition, Appian is working with existing data streams that are augmenting and cleansing.

Beckley pointed out that Appian talks to a wide range of data sources to gain direct access to data. He also said that the “Workflow Engine works as an ETL engine. It can take information in, transform it, and run business rules against it.”

He went on to give an example of working with Salesforce data. He said, “We can push changes to Appian in real-time. If the user changes the customer record in Appian, we can push back to Salesforce.” That bi-directional movement of data means that Appian should be able to avoid becoming part of the data duplication problem.

Interestingly, Beckley said, “There are many things we’ve done such as building in error handling and retry logic. Ultimately data quality is going to be elevated by our system. We are working with partners to roll this out.”

How do you reduce the data duplication problem?

One of the major problems for all businesses is the explosion of data, much of it is duplicated. ET was interested in how Appian would work with data and not become yet another source of data duplication.

Beckley replied, “We don’t force customers to migrate the data. Even when synchronising, the System of Record can be what the customer chooses, such as SAP.”

It’s a good approach. While Appian is looking to disrupt those legacy systems that organisations use, they will still want a trusted System of Record (SoR) for their data. An SoR can change, especially with many organisations looking to migrate older on-premises SoR to newer cloud-based solutions.

Beckley believes that this plays into Appian’s hands. He commented, “In the best case, customers can be progressive. They can expose their data through us to insulate users from change.”

He went back to the SAP example, saying, “They might have two sets of SAP, the old version and the new version with Appian in front, but users only see one virtual view of the customer.”

This is a big step forward for Appian. It is just a year since it announced low-code data. In that time, it has seen a significant uptake in the product. In his keynote, Matt Calkins, CEO, Appian, said, “37% of customers now use low-code data.” Of interest is that Calkins sees the biggest uptake from new customers in the last year, with virtually all of them using low-code data.

That would also explain the number of data interactions that Appian is seeing. Calkins pointed out that there were over 50bn data interactions in 2021. That was 30bn more than in 2020. By any measure, that is a vast improvement, and one that Calkins believes will jump again in 2022.

The question now is how far can Appian go with its data fabric. Will it replace many of the database-driven solutions that organisations are currently using? When working with data, will it become the ultimate interaction point for users and developers? There is a belief around Appian that it can achieve that status.