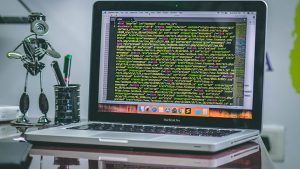 WSO2 has announced that its Choreo Digital Platform as a Service (DPaaS) is now generally available. The beta, released in June 2021, is already being used by almost 10,000 developers. This GA version adds new features and capabilities that have been added since then. Some of those features have likely been developed due to feedback from the beta users.

Eric Newcomer, chief technology officer, WSO2, said, “The ability to quickly deliver new digital products and services is separating the market leaders from the followers in almost every industry.

Why use Choreo DPaaS?

WSO2 says that the Choreo DPaaS enables organisations to “rapidly deliver new digital experiences.” To achieve that, developers need an easier way to use APIs to create new services and integrations.

It goes on to highlight three key benefits that Choreo delivers:

What has been added to the GA version of Choreo?

WSO2 has called out five new capabilities it has added since the beta was released. They are:

Speed of development has always been an issue and a major source of tension between IT and business units. The mainstream adoption of APIs and cloud-native environments has begun to change that. However, it can still take time to build and deploy new applications and capabilities to customers.

What WSO2 is offering here is a faster environment in which developers can work. The Choreo DPaaS provides an extensible environment into which WSO2 can plug new features into. It also integrates well with the company’s other tools, such as Asgardeo.

It has taken nine months from the release of the Choreo beta for DPaaS to go GA. However, that has not been time wasted. The beta has captured almost 10,000 developers. The feedback from those developers has helped shape this GA version. The question now is how frequently will we see updates to the platform?