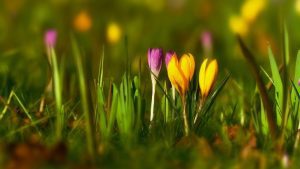 Icertis revealed record growth in 2021 and has built momentum and alliances for a strong 2022 for its Contract Intelligence platform. YoungOnes launched its gig platform into the UK as it seeks to grow beyond its home nation of the Netherlands.

Oracle, despite failing to meet analysts’ earnings predictions saw revenues growth with Larry Ellison announcing a new generation of MySQL database with Heatwave. It hopes the version will outshine rivals and help it dominate that database market again.

Conga has opened a new office in Dublin, Ireland as it continues its expansion in EMEA. The new office will offer 40 jobs locally as Conga looks to beef up its presence in Europe. Conga already has an office in London. This will give it a presence in the EU and help with further expansion. It currently has only a single position available in Ireland, though there are openings in Paris, Berlin and London.

Conga CEO Noel Goggin commented: “Our investment in Dublin demonstrates our commitment to growing Conga’s presence in the EMEA region. Dublin offers a vibrant talent pool and multilingual professionals that will help our company better serve existing and new customers throughout their digital transformation journeys. It’s truly the right opportunity and place for all the right reasons.

“Having grown up and studied in Ireland, I am especially excited to witness this expansion and move to the region. Our momentum in Europe is a testament to the critical role that Conga plays in organizations’ business transformations, and I look forward to being at the helm of our continued growth.”

SAP completed the acquisition of a majority stake of Taulia, a leading provider of working capital management solutions.

UKG has acquired Ascentis, bringing a further 4,800 customers into the company.

Freshworks launched an enhanced partner program. It has also appointed Hervé Danzelaud as vice president of Global Channel and Alliances.

Juan Perez is joining Salesforce as Chief Information Officer and a member of the Executive Leadership Team, effective April 4, 2022

Totalmobile appointed its Chief People and Places Officer, Gillian Mahon, to the Board of Directors.

Billtrust has joined with Procede Software, a heavy-duty truck and commercial vehicle dealer management system (DMS) and solutions provider. The goal is to get customers paid faster, grow revenue and increase profitability.

Cyara has partnered with VIS Global to help enterprises improve the quality of CX services across the Asia Pacific (APAC) region.

On International Women’s Day Freshworks launched its Career ReStart program in the US. It comes after a successful returnship initiative in India helped to increase gender parity in the technology sector.

Salesforce announced a new long term marketing partnership with ParalympicsGB to bring fans and athletes closer together than ever before.

TigerGraph’s  “Graph for All Million Dollar Challenge,” has nearly 1000 registrations from 90 countries so far. TigerGraph is also revealing the contest’s judging committee — a who’s who of Graph AI, and data thought leadership.

Upland Software Inc opened a Center of Excellence (CoE) in Bengaluru, India as part of its continued offshore expansion efforts.

Xactly announced the Xcelerate Partner Program. It focuses on best-in-class enterprise software partners and systems integrators to support customer revenue growth. The company is actively investing in its global alliance and partner community. It is also expanding its strategic relationships with Salesforce, Oracle, and Microsoft.

Made for Freedom has turned countless customers into advocates. It has created more than 15,000 hours of dignified employment for survivors of human trafficking leveraging ActiveCampaign.

UKHospitality is to work with BrightHR as its resident HR experts. BrightHR will offer its HR advice line to UKH members across 100,000 venues.

Law firm Simmons and Simmons has built ESG Conquest using the BRYTER no-code platform to enable teams to create agile, powerful tools that can be updated as regulations change, without involving IT.

Supernus Pharmaceuticals, a U.S. based company that specializes in treating diseases of the central nervous system, centralized its IT operations with Freshservice to ultimately go to market faster.

The charity AffinityTrust is to deploy MHR HR, Payroll, finance and learning expert solutions across its 2,300 employees. The same set of solutions was also selected by Independent Trustee Company (ITC), one of Ireland’s largest providers of self-administered pensions.

British cosmetics retailer Lush is to implement Zellis HCM Cloud solution in the UK and Ireland for its 5,000 employees across 100 stores.

6sense announced continued momentum and adoption of its platform, resulting in its fourth consecutive year of record-breaking growth. 6sense revenue has more than doubled year-over-year. Its customer base and its global workforce increased by more than 200%, driving significant momentum into 2022.

Pipefy is aiming for a bumper 2022 after success in 2021 that included $75 in new funding, a stronger leadership team and product improvements.

Scratchpad has a record year of growth in 2021, revenue increased 800% and its employees grew more than fivefold to more than 50 people.

Cube announced a Series A round of funding led by Mayfield, with participation from Bonfire Ventures and Operator Collective.

DataRails, the Israeli financial planning and analysis platform for Excel users raised $50 million in a Series B funding led by Qumra Capital.

CData Software launched CData Connect Cloud, a new offering that provides real-time data access and unified connection to cloud applications when and where businesses need it the most.

Demandbase One is now available in AWS Marketplace.

Kaseya has launched Compliance Manager GRC. The IT security assurance and compliance management platform streamlines the assessment, remediation and documentation processes for all IT requirements.

Syniti will add new person based learning paths to the Syniti Knowledge Platform and Syniti Methodology. They will include paths for stakeholders, business users and technical project managers.