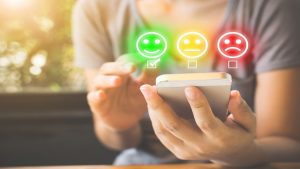 The MACH Alliance has released a new report that shows companies are dissatisfied with their ability to deliver customer experience (CX) improvements at speed. The report suggests that while intentions to move to MACH architectures are high and progress has been made. The MACH Alliance is a group of independent tech companies dedicated to advocating for open, best-of-breed technology ecosystems.

MACH technology, which stands for Microservices, API-first, Cloud-native SaaS, Headless. It currently accounts for less than half of front and back-office architectures with the largest companies being the most advanced. Since last year, the data shows 19% increase in companies that have moved away from a monolithic stack to best-of-breed. 17% are leaning more towards integrated architectures this year compared to 37% in 2021. 47% aspire to be completely best-of-breed compared to 36% last year.

MACH adoption in the US vs Europe

The rate of adoption of MACH technologies in the US versus Europe is interesting. While US tech leaders claim to be as bold in their approach as their European counterparts. MACH is more prevalent in the front office in the UK (53%) and Germany (60%) than the US (34%). This is despite 59% of US tech leaders citing a strong intention to increase MACH elements over the last 12 months in the 2021 survey.

What is clear is that the drivers of MACH transition are pull not push. Cycle of release issues and on-premises costs rank lowest among the drivers. Instead, speed, privacy and ever-improving customer experience needs come out top. We can also see that MACH intentions are strongly correlated with perceptions of outpacing competitors. Those with the strongest intention to increase MACH elements in the next 12 months are most likely to say they are significantly ahead.

Little has changed over the past 12 months when it comes to time and budget spent on upgrades. On average, companies are spending two fifths (37%) of their IT budget on upgrades (2021: 39%). Those with the strongest intentions to increase MACH elements over the next year are more likely to spend more than 75% of IT budgets on upgrades. 53% of decision-makers want completely cloud-driven infrastructures in the future. They expect upgrade costs to diminish over time, but the data does not reflect the intentions yet.

Upgrades continue to distract IT teams from innovating, with almost no change year over year. Two-fifths of respondents carry out maintenance or upgrades every three weeks. Almost three-quarters of those take more than a month, with 25% taking more than three months. On average, IT teams are spending 39% of their time delivering upgrades. Significantly, 28% spend more than half of their IT team time dedicated to this. That represents a huge portion of time that could be focused on innovation and delivering customer experience improvements.

The majority of decision-makers see MACH as the future of architecture, stating they want environments that utilize cloud-native, composable and “best-of-breed” technologies moving forward. 79% expressed a strong intention to increase MACH elements in their architecture in the future (both within and beyond the next 12 months). 27% in the next 12 months.

When asked about the main barriers to moving to a MACH-based architecture, a third of decision-makers said they are unclear about the trade-off between initial investment and long-term benefits. Two-fifths said resistance to change from their IT/implementation team is their main barrier.

“It’s clear that the majority of IT and business leaders understand the benefits of MACH-based architectures, but the data and our experience shows that fear of change and the practicalities of implementation are slowing them down,” said MACH Alliance President, Sonja Keerl. “It’s also clear that while the MACH movement is growing in the US, Europe is significantly ahead. With IT budgets forecast to grow faster this year than they have in a decade, IT leaders should prioritize investment in technologies that will future-proof and digitally advance their business as the commercial environment remains uncertain.”

Brands, retailers and other enterprises are under pressure to deliver personalised tailored services to key customers and suppliers. To streamline and improve their customer journey to maximise relationships and enhance conversions and revenue. However, this is difficult to achieve when they are still lumbered with monolithic platforms. Such platforms are plagued by the curse of upgrades and software patches.

Hence the attractiveness of microservice, API and cloud-based headless solutions to increasing numbers of enterprises. Solutions that enable developers and businesses to build and deploy digital assets across channels and touchpoints in the customer journey. So, its not surprising when 82% of IT leaders say infrastructure is keeping up with customer demands. But less than half are satisfied with their ability to deliver CX improvements at speed. Despite the shift to best-of-breed and cloud-native architectures across the board, the burden of upgrades is preventing companies from innovating.