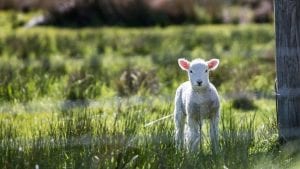 Partnerships abound this week. Infor has followed its iCIMS partnership last week with a partnership and integration to GTreasury.

Precisely has launched PropertyGraph, an add on to its Property Address portfolio. It will provide the link between different property data sets. Zoho has launched a major update for its low-code platform, Creator.

Cloud Leaf has rebranded to ParkourSC and revealed a new funding round for its supply chain solutions. Major results announcements included Salesforce, with more below.

FD Technologies has entered into a strategic partnership agreement with Microsoft to expand the reach of its KX Insights streaming data analytics platform as more organisations look to modernise their data infrastructure for real-time decision making.

Firstly, KX Insights will be embedded natively on the Microsoft Azure platform as a first-class service. KX will generate revenue based on consumption. Secondly, KX has agreed to work with Microsoft to target new applications and services that will accelerate innovation and growth for organisations in the financial services sector.

Seamus Keating, CEO of FD Technologies, said: “This strategic partnership with Microsoft accelerates our mission to enable organisations to drive value from their real-time data assets. Enterprises will benefit from the unrivalled performance, scalability and security of KX Insights optimised for Microsoft Azure.

“In addition, we are excited to partner with Microsoft in developing technology solutions that address the demanding requirements of financial services organisations, particularly in capital markets where KX has a market-leading position. This is a landmark agreement for KX, with significant strategic benefits supporting our growth ambitions.”

UKG Inc announced it now provides direct sales, services, and customer support for the Caribbean market through the acquisition of Interboro Systems Corporation.

Gerri Martin-Flickinger has joined the Ellucian Board of Directors.

HBR Consulting has become an implementation partner of Agiloft.

BRYTER has created the BRYTER Center for Digitalization & Law with the European Business School. It is dedicated to issues of digitalization of law in education, teaching, and the legal market.

Connectwise announced an expanded collaboration with Intel to help MSPs boost threat detection and response to reduce the crippling effects of ransomware and crypto-jacking attacks for small and medium-sized businesses.

Genesys is giving Ukrainian organisations free access to cloud contact centre solutions. Access can be provided rapidly, along with the necessary training and support to get teams up and running fast. Organisations interested in assistance should contact Genesys by calling +3617009655 (Hungary), +48222552945 (Poland) and +441276457744 (UK).

Leading Dutch consulting firm EIFFEL is partnering with BRYTER to accelerate their service delivery speed further and empower the counsel of the future with the tools and skills they’ll need to compete.

Alongside its results, Salesforce revealed how customer wins from Moderna, PayPal, Ralph Lauren, and Southwest Airlines are leveraging its platform.

Aspen Medical, a global provider of innovative healthcare solutions across a diverse range of clients in the public and private sectors, has selected Unanet CRM GovCon.

Alteryx announced the Alteryx Analytics Cloud, its first unified end-to-end analytics automation platform that helps businesses empower all users across the enterprise to make more informed decisions with their data.

Konsolidator has released self-onboarding. It allows customers to start using the software quickly. It is one of the steps that will help launch a free trial option later this year.

The latest release of Trintech CadencyDirect is now available. The release includes the ability for critical journal entry tasks and issues to trigger notifications and workflows throughout the entire enterprise, regardless of function, within the Now Platform.