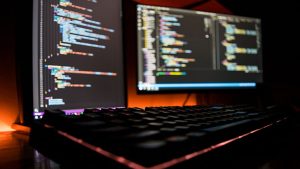 DevOps is an infinite journey, not a static process. A business that embraces DevOps will always look for ways to optimize its software development lifecycle (SDLC) whilst streamlining deployments.

Against this backdrop, it can be easy to prioritise speed over everything else. This is a mistake. It is not necessary – nor desirable – to sacrifice quality for speed.

To ensure the best outcomes for both DevOps teams and end-users alike, businesses should consider DevOps implementation practices from the very outset. But always keep one eye focused on methods of accelerating and automating processes.

There are four foundational DevOps implementation practices. The consistent theme that runs through these is blending development and operations teams to remove knowledge barriers and communication bottlenecks. It enables greater collaboration and a better end product.

This gives rise to a set of key principles. These can be seen in any high performing DevOps team and include:

With these key principles in mind, the four foundational DevOps implementation practices that can help realise these optimum conditions are:

One of the main pillars of a DevOps implementation is automation, including automated builds, testing, and deployments.

Continuous integration, or CI, seeks to automatically integrate code changes from multiple developers into a single build. According to CI, developers should merge these code changes into a central repository at least daily, if not several times a day. Doing so should trigger a build/CI server to run tests and provide immediate feedback.

Continuous integration makes it easier for DevOps teams to collaborate quickly while still completing their tasks independently. In other words, developers can all work on their tasks in tandem and integrate their code changes as needed without stepping on each other’s toes or suffering from communication bottlenecks.

Continuous delivery, or CD, automatically deploys code changes to a production environment as soon as they are completed. CD automates the release process, so an organisation can deploy its code whenever it wants. It means a business can release code in small batches. This makes it easier to troubleshoot any issues and closes the feedback loop further.

Test automation is the process of continuously and automatically testing code throughout the development, integration, and deployment process. Continuous testing allows the team to detect quality issues and code defects early on. It drastically closes the feedback loop between end-users, QA, and development teams. It is known in the DevOps world as “shifting left.” Test automation is essential for continuous integration because developers can commit changes more frequently without compromising the stability of existing builds.

The net result of all this is that continuous integration/continuous delivery (CI/CD) and test automation support DevOps implementations by allowing for more automation, faster builds and releases, and greater integration of QA with the dev and ops functions of DevOps teams.

Infrastructure as Code, or IaC, is another important DevOps implementation practice. IaC is the process of managing and testing infrastructure configurations the same way that a business might manage and test its software code.

IaC enables DevOps teams to automatically manage and provision infrastructure by writing code that describes the desired state of machines. That code is used to create infrastructure, apply a new configuration, and install patches and updates. It can even roll back changes to bring a machine to a ‘previous’ desired state.

By treating infrastructure configurations like software, DevOps teams can use CI/CD and test automation to ensure resources are provisioned and managed optimally. It prevents performance issues and bugs from affecting the end product.

DevOps monitoring should focus on applications and the underlying infrastructure. It allows teams to detect and respond to any issues quickly and automatically.

It truly is a case of the sooner, the better. Good monitoring reduces the impact of issues in production as software operations team can respond quickly or, even better, automate responses. Thus, application and infrastructure monitoring should feed into the established CI/CD and test automation processes—and vice versa.

APIs have become crucial to DevOps implementations because they allow development teams to integrate third-party and open-source tools.

One of the important things about DevOps is that teams do not need to reinvent the wheel. There are plenty of innovative DevOps tools out there already to help a development team accomplish its goals.

In practice, this means that when assessing and building out a DevOps toolkit, the specification should favour tools with an “API-first” design principle. This allows for the automation and customization of any integrations with other tools.

This, in turn, allows the DevOps team to combine the capabilities of a variety of tools that fit their specific requirements. In other words, they can be confident that they are always using the best tool for the job.

The flexibility of APIs is also critical because DevOps is an infinite journey, not a static process. It means tools and systems need to adapt as business requirements and capabilities change.

If a certain DevOps tool no longer fits the needs of a project, the team should not be afraid to replace it with something better. Using APIs makes it easy to remove old tools and integrate new ones with minimal disruption to existing DevOps processes.

Though a DevOps journey will never end, following these practices will help optimize DevOps implementations. Using CI/CD, test automation, IaC, monitoring, and API-enabled tools will help a business get to the next phase of the DevOps maturity model and accomplish strategic goals.

However, this is a complex and often lengthy process. Many organisations face significant DevOps implementation hurdles. Consequently, they elect to bring in outside DevOps experts to ensure projects start and remain on the right track to yield the best results in the fastest timeframe.