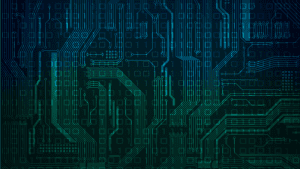 The Banque de France (BdF), the Bank for International Settlements (BIS) and the Swiss National Bank (SNB) have shown that Central Bank Digital Currencies (CBDC) are useable for international settlements between financial institutions. They have demonstrated this on conclusion of their latest wholesale CBDC (wCDBC) experiment (Project Jura).

A group of private-sector firms – comprising Accenture, Credit Suisse, Natixis, R3, SIX Digital Exchange and UBS – participated. This was part of a series of wholesale CBDC experiments initiated by the BdF in 2020 and continues experimentation conducted in parallel by the SNB and the BIS Innovation Hub under Project Helvetia.

“Project Jura confirms that a well designed wholesale CBDC can play a critical role as a safe and neutral settlement asset for international financial transactions. It also demonstrates how central banks and the private sector can work together across borders to foster innovation,” said Benoît Cœuré, Head of the BIS Innovation Hub.

These ‘may’ give central banks sufficient comfort to:

“As a small open economy, Switzerland requires efficient and robust cross-border payment and settlement arrangements. Project Jura explores how distributed ledger technology can be successfully leveraged to map out how future-proof cross-border settlement between financial institutions could look like,” said Andréa M. Maechler, Member of the Governing Board, Swiss National Bank.

As part of G20 work on cross border payment, Project Jura contributed an experiment of an exploratory nature. As the BdF and SNB caveat, the results of Project Jura “should not be interpreted as an indication that the BdF or the SNB plan to issue wholesale CBDCs”.

Though the participants are suitably cautious about any future CBDC implementation (as one would expect of central bankers), Project Jura matters for blockchain. The words ‘the direct transfer of euro and Swiss franc wholesale CBDCs between French and Swiss commercial banks on a single distributed ledger technology platform operated by a third party is practical and possible,’ say it all.

[For those who wish to know more, a report (in French or English) is available on the website of the Banque de France. ]