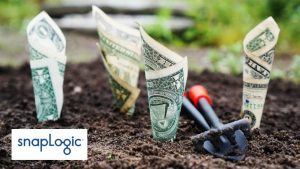 SnapLogic has raised $165 in a funding round led by Sixth Street Growth. It brings the total raised by SnapLogic to approx $371 million and follows on from its 2019 $72 million Series G funding round led by Arrowroot Capital Management. Furthermore, the company revealed that it has been valued at a billion dollars, achieving unicorn status. The funding follows record growth for the enterprise automation vendor. It will use the fund to focus on international growth, product development and will boost investment in sales and marketing.

Gaurav Dhillon, CEO of SnapLogic and an acclaimed pioneer of the data management industry, commented: “The enterprise automation market is booming, and our latest funding is further validation of our growing momentum and product leadership in that space. Unlike point-to-point players, our focus on the enterprise will unlock the power of applications, data, and APIs.

“In the post-pandemic era, our customers will use AI and automation to revolutionize their hybrid workforces. With SnapLogic, hybrid- and multi-cloud enterprises can ensure their massive investments in public and private clouds, SaaS, cloud data warehousing, and APIs will pay off.”

Why did Sixth Street Growth invest?

This has been a record year for SnapLOgic, although it fell short of saying what percentage of growth it has had. Growth has almost certainly slowed since its 200% meteoric rise in 2019. In June, Jason Wakeam,  VP of business development and OEM sales at SnapLogic, indicated that the company was still experiencing 50% year over year growth, though.

That growth translates to the company processing around 2.7 trillion customer documents every month. The SnapLogic platform enables companies to run automation from any location within their IT infrastructure. Importantly it can scale to meet the requirements of the largest enterprise. That can be behind a firewall, in a public cloud or a hybrid environment. The platform is optimised to maintain geolocation regulations for data privacy and security in a single platform.

Michael McGinn, Partner and Co-Head of Sixth Street Growth, commented: “Modern enterprises are democratizing access to data and applications and empowering business teams to use low-code, self-service technologies to build the solutions they need to work better and faster.

“SnapLogic’s seasoned management team, sound economic model, and sustainable growth plan put it in a great position to capitalize on the thriving Enterprise Automation sector and expanding hybrid workplace trends. We are pleased to lead this funding round and partner with SnapLogic to bring its market vision, unmatched platform, and robust partnerships to more enterprises around the world.”

Sixth Street will now have a representative on the SnapLogic board.

A quick look back at a year of product changes

SnapLogic has already rolled out several updates this year. In May, it released a new version of the SnapLogic Fast Data Loader. It enables users to quickly and easily load data from SaaS applications and cloud databases into a cloud data warehouse. In August, it added a new Flow interface for business users, API lifecycle management features, zero downtime upgrades, and Databricks Delta Lake support. It recently announced plans for updates in 2022 at its Enterprise Automation Summit.

Updates include new pipeline extensions for SnapLogic Flows to Microsoft Dynamics for Sales, Microsoft Teams, and Microsoft Sharepoint. In January, it plans to add a simplified webhook to Flows to enable business users, rather than developers, to add additional events.

It also enhanced its API developer portal. This enables developers to create accounts and subscribe to APIS. Developers can also add notifications that will tell them if their request is approved or their key is renewed. In February, it intends to add management support for third party APIs, further extending the platform.

It also leverages AI-based pattern recognition to apply the right template or recipe for automations without users having to trawl through hundreds of possibilities. It runs an average of 3.1 million pipelines a month per customer.

This is a significant funding round for a company that must soon be headed for an IPO. There is no indication of where it will expand to. It already has offices in the US, the UK, Australia and India. Will it look to take its platform outside of anglophone countries?

SnapLogic fell short on saying this was a Series H funding round. It is also unclear whether other investors participated. While the emphasis is on growth, SnapLogic will have to move quickly to fight off competition from the crowded market. Is the company headed towards an IPO? If so it will have to start revealing more of its revenue and other numbers.