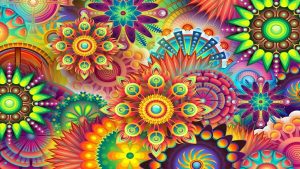 Webflow has expanded its platform capabilities at its virtual event, No-Code Conf. The company says the enhancements make it easier to create richer and more engaging web experiences on a single platform.

At the centre of Webflow’s latest offering are Memberships and Logic. The two new capabilities that will work seamlessly within Webflow’s integrated visual development environment. Memberships is in open beta. It allows customers to control and customise an experience when a user is logged in to their website and monetise content with free, paid, or tiered memberships. The company also previewed Logic, which will enable designers, marketers and developers to visually create custom, logic-based workflows and automations.

Bring together the pillars of web development

With these new features and improvements, Webflow brings together the three pillars of web development. User interface (UI), data and logic — in an integrated platform all on a visual canvas. Webflow is a no-code visual development platform,

Webflow’s Memberships capabilities enable users to create sites where visitors have their own accounts and distinct experiences. In addition, uses can access premium content when logged in. Users can build customised members-only sites with production-grade quality, scalable performance and login management that would otherwise require custom-code solutions. Memberships, users can build everything from internal sites for communities and organisations to online businesses where members purchase content subscriptions. More than 4,000 people signed up for the Memberships private beta within hours of its reveal.

Vlad Magdalin, Webflow’s co-founder and CEO says, “Webflow’s mission is to give everyone the power to design for the web. Not just those with software engineering backgrounds. Our no-code platform unifies powerful UI, data and logic tools to build professional websites. This eliminates the need to write code or manually stitch together multiple solutions. Webflow’s community and customer base of freelancers, leading agencies, marketing teams, and enterprise companies has surged in the past year. We are excited to unveil new capabilities that make it easier for anyone to build world-class web experiences without code.”

In addition to adding Memberships to the company’s data capabilities, Webflow announced major infrastructure improvements to its CMS.

“Continuous improvements are vital to make Webflow more useful for everyone,” says Jiaona Zhang, Webflow’s vice president of product. “We’re also making foundational improvements to our data infrastructure. Loading a project in the Webflow Designer is now up to 15 times faster. Furthermore, and a staggering 86 times less bandwidth needed on load. With improved stability and performance, Webflow continues to lead the way for the no-code movement.”

Webflow’s vision for what’s possible on the web extends far beyond the traditional static or even dynamic website. With logic, users will have the ability to visually automate custom workflows that respond to the specific needs of a website. Users can specify exactly what experience they want to create based on certain conditions. The ability to visually author business logic without having to hire a developer or use a third-party workflow automation tool enables users to build experiences in Webflow. Users will be able to automate web forms, email notifications, or kick off customer engagement campaigns. Without writing a single line of code.

The company also unveiled new functionality to its visual Designer.

Webflow has been quietly building up its infrastructure and the capabilities of its platform. The recently announced enhancements are designed to continue the company’s strong momentum as it gained 1 million users in 2021. Webflow users now number more than 3.5 million and have built more than 450,000 sites so far this year, with overall site visits exceeding 10 billion a month. It now powers more than 10 billion site visits in the last month. This has made the company one of the top hosting providers globally.

The company’s enhanced tools will be attractive to organisations interested in customisation – the ability to write code for key website components such as membership. It will also be interesting to see, how the enhancements compare to other visual design tools such as Page Builder. Tools created to enable merchants to quickly build differentiated shopping experiences across their online storefronts. The low-code movement seriously threatens to remove an array of vital design skillset currently crucial to the digital development process.