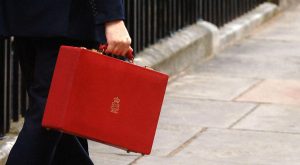 Following Chancellor Rishi Sunak’s Budget statement, businesses are being urged to take full advantage of reliefs, and fiscal incentives to aid their recovery as the economy recovers from the pandemic and growth forecasts show signs of improvement.

Sunak confirmed that the Office for Budget Responsibility (OBR) has revised up growth forecasts for the economy. It expects to return to pre-Covid levels by the turn of the year.

Rethink on Business rates and retail

The Chancellor announced plans to proceed with reforms to the business rates system by ensuring more frequent rent re-evaluation every three years from 2023. From 2023, he also announced that businesses making property improvements will not pay anything additional in business rates for 12 months.

Focusing on retail, hospitality & leisure businesses, the Chancellor announced a new 50% business rates discount up to a maximum of £110,000.

“These changes can help to kickstart redevelopment of the high street, with retailers, in particular, starting to feel more confident about investing in improvements to their properties, without incurring a hefty business rates penalty for doing so.”

Incentives for capital investment and manufacturing

It has been announced that the Annual Investment Allowance (AIAP) will stick at a higher level of £1 million until March 2023. Instead of dropping to £200,00 at the end of this year.

“This gives businesses much more certainty so they can plan ahead to make investments over the next 18 months. It should also help to bolster confidence at a critical time when many firms are concerned about rising costs and supply disruption.

“Some businesses that had been planning to invest in new machinery and equipment before the end of the year had been worried about being able to complete them in time, due to the current supply shortages. This will allow them more time.”

Following the Chancellors announcement, one notable point is the plans to expand the scope for R&D tax relief, which will change to include investments in data costs and cloud computing. Additional announcements include plans to prevent activity outside the EU from qualifying for R&D tax relief. He also announced a further £22 million funding for R&D activity, which is separate from the Governments’ investment in R&D tax credits.

“This looks very favourable for businesses investing in innovation across industry sectors as from April 2023, more of their investment activities will qualify for R&D tax relief. However, this scheme is still not utilised as much as it could be, and businesses should seek advice about whether they could be submitting claims in the future.”

The Chancellor has announced a funding hike for apprenticeships, which is part of a larger skills and education funding package. Within this package, the Government hopes to support SMEs in finding new apprenticeships by introducing an enhanced recruitment service. In addition to this, the Chancellor has extended the £3,000 apprenticeship hiring incentive, originally due to end on the 30th November 2021 but remains active until the end of January 2022.

“The take up of the £3,000 apprenticeship hiring incentive has been strong with employers taking advantage of this. Extending the incentive for a few more months will allow businesses additional time to take advantage of the support available and will help with suitable sourcing candidates.”

Attracting investment to the UK

The Government is seeking to reposition the UK economy to attract global talent and inbound investment. As such, it is starting to exercise its independence as it is no longer part of the EU.

“The Budget included a number of measures that are part of this repositioning package. In particular, the new ‘Scale-up, High Potential Individual and Global Business Mobility’ visas will help to attract highly-skilled people and encourage investment in the UK. The decision to form a new Global Talent Network to seek out talented people in the US and India and bring them to the UK to work in key science and technology sectors is also a creative step forward.”

A version of this article was previously published on the Menzies blog.